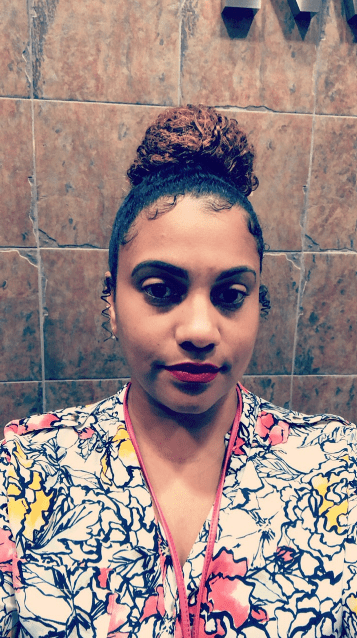 “OH, KEYSHA, NO!” my mother said into the phone when I told her I had just taken a job at Planned Parenthood. “They kill babies!”

But Mom really had nothing to worry about. The particular branch where I had just accepted a job didn’t even offer abortions. Their emphasis was on women’s health, and that made me more than a little excited about taking the job. I really wanted to be a part of something that was doing so much good; something so needed in our area.

But Mom really had nothing to worry about. The particular branch where I had just accepted a job didn’t even offer abortions. Their emphasis was on women’s health, and that made me more than a little excited about taking the job. I really wanted to be a part of something that was doing so much good; something so needed in our area.

Right away, I enjoyed my day-to-day tasks, working alongside other diligent and well-meaning ladies who also had the best interest of women in Baton Rouge, Louisiana in mind. Sure, there were a few things that I didn’t like, like the fact that a nearby clinic where abortions were performed would drop off pamphlets (I threw them away) and my office wanted me to offer information about abortions to women who tested positive for pregnancy (I refused and left that to a clinician). But I knew I didn’t want to cross the line into being complicit to the abortions and with my mom’s voice ringing in my head, I felt good about where I was and how I was handling it. My hands were clean and my conscience was clear.

But there came a day when I realized that, like a distant drum grows louder as it approaches, something was happening around me that gave me a slight, nearly imperceptible ache. It was when I noticed that management was constantly pushing our numbers to be higher. I had just assumed all along that the health of the ladies who came in our doors was our primary goal, but the more I let it come into focus, the more I could see we were hungry, even insatiable for more women, more visits, more tests, and more dollars. On our busiest days, the quality of care would necessarily drop as we offered each patient less and less time. Was it a concern to management? Not at all.

They were giddy about the money.

Then I began to notice how often management tried to get me to manipulate test results to keep the state from bothering us. If we were all about women’s health, why was there so much lying?

Then came the pressure to make sure that women for whom we had given tests allowed their results to be used in research. I dutifully told the ladies that the use of their information would earn them a $50 gift card, but when they said they weren’t interested, I saw no reason to press any further. Management, however, did not agree. “Ask them again!” they said. “Press the issue!”

“Are they kidding me?” I thought to myself. “They want me to strong-arm women into letting their most private information out of their control and into the hands of some no-name researcher? Doesn’t their ‘no’ mean no in this #MeToo movement era?”

“We’re paid quite a bit for that information,” a co-worker said when I asked. I began to wonder if the clinic had much to do with women’s health at all. Was it just a ruse?

Soon after, a Planned Parenthood memo sent from headquarters, was distributed that warned us of a woman named Abby Johnson and a movie that was coming out about her experience as a Planned Parenthood clinic manager. I figured she had to be quite a threat to warrant such a sharp reaction from on high. I intended to go home that night and look her up to find out more.

I had no way of knowing, but everything was about to change for me. I was about to learn the truth—courtesy of that memo. Because, as soon as I got home, I searched Abby’s speeches and testimonies and learned about the scourge that is Planned Parenthood. Its central focus, its reason for existing is abortion. All encounters and relationships made in the clinic serve the purpose of creating abortion clients later on. Affiliates like mine only feed the beast.

“Dear God,” I thought. “What am I a part of?” The more I searched, the more women I found who had stories to tell about the institutional lying and push for death going on in Planned Parenthood.

I thought about what I was really doing every time I refused to tell a woman about abortion resources at our PP affiliate and passed them off to the clinician who came in the room after me. I knew what she was telling them. My hands weren’t clean, not at all. I was, in fact, complicit in the very thing I didn’t want to let myself think about.

Combined with the guilt I had been stuffing down over having an abortion several years prior, it was more than I could take. I came undone. Along with regular bouts of crying in the days and weeks ahead, I spent many sleepless nights with the wide-eyed fear that I was going to pay for being a part of this.

The days and weeks that followed as I continued to go to work were almost impossible to endure. My smile left my face. I questioned procedures a little more often than they were comfortable with. I felt my body start to react. I seemed to always be sick.

Soon after I arrived to work with pink eye and laryngitis and my supervisor sent me home to get me away from the patients. Somehow, I knew that that was my final day. I didn’t know how or why. I just knew my time there was up. As I drove home, I was an emotional wreck. I fell into such a state of weeping I nearly couldn’t drive.

The next day I got a call. They said that when I was sent home it was a firing. I knew that wasn’t true, but what did I care? I just needed to be gone. Perhaps they did me a favor.

In a day or two, I picked up the phone and called Abby Johnson’s organization, AND THEN THERE WERE NONE.

“We are here for you,” Nichola said. “We’re going to get you all the help you need.”

I wasn’t expecting that. But it was as if the organization shifted to give me their total attention. They offered time, programs, advice, prayer, resources, even financial help to get me by now that I was without a job—and lots of love. “Whenever you need us, just pick up the phone,” Nichola said. They became my emotional infrastructure and helped me see that God was eager to forgive someone like me, someone who had found themselves a part of something so sinister.

The support I have received from AND THEN THERE WERE NONE cannot be measured. I pray that God continues to bless and empower ladies to stand up to the abortion industry and tell the truth, and I know, with an advocate like AND THEN THERE WERE NONE beside them, many more will. They are not just a catalyst for the spiritual health of women like me, but for real change.