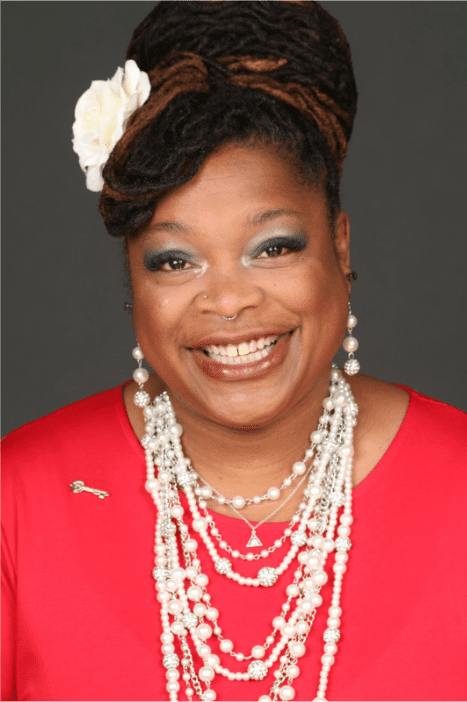 In the driver’s seat of the van that drove us deep into the heart of Texas in sweltering summer heat was a white girl driving and talking to her white co-passenger about Pokemon Go. The rest of us black and brown girls sat in the back not entirely sure if where they told us we were going was actually where we were going. I was sitting up straight as an arrow in my seat. My eyes were like saucers.

“I think this is that Nigerian sex ring I’ve heard about,” I said to myself, my breath halting. As we drove out of cell range, my pulse began to quicken. “Oh, yeah, we’re getting sold to Nigerians. No doubt about it.”

The miles passed endlessly beneath our van giving me lots of time to think back to the moment that resulted in this trip through Texas. It was the moment I was recruited by a headhunter for a job at Planned Parenthood Chapel Hill, which was a swish at the buzzer for me and my family. I had, nine months prior, lost my managerial job for a large hospital, and my husband and I had been sweating it out. But when the call and offer from Planned Parenthood came, the relief was thrilling. We all danced. We’re going to be okay!

The miles passed endlessly beneath our van giving me lots of time to think back to the moment that resulted in this trip through Texas. It was the moment I was recruited by a headhunter for a job at Planned Parenthood Chapel Hill, which was a swish at the buzzer for me and my family. I had, nine months prior, lost my managerial job for a large hospital, and my husband and I had been sweating it out. But when the call and offer from Planned Parenthood came, the relief was thrilling. We all danced. We’re going to be okay!

My demeanor, sunny as it was when I walked in for my first day on the job, was in sharp contrast to the rather downcast personalities of the women who I would work alongside. There weren’t a lot of smiles and not much in the way of an enthusiastic welcome. But I understood busy offices. So, I took my coat off and got right to work.

Two weeks later, one of the young employees showed up at my door. “You’re being requested in the procedure room, Annette,” she said. “We’re short-handed today.” I remembered that my supervisor had said we have to be ready to wear all hats, so I jumped right up. I was a manager but a team player.

When I pulled open the door to the procedure room, I walked in and was immediately handed the wand to the ultrasound machine, which I promptly fumbled with. I wasn’t the least bit knowledgeable in ultrasound, let alone certified—an absolute legal necessity to be an operator. “Hey, you’re great at that!” the doctor said after I helped guide her in an ultrasound-guided termination. It was a blatant lie. Of course, I wasn’t great at it. I didn’t know it at the time but considering that I was asked into the procedure room on a near permanent basis from that moment on, it was clear they had to manipulate me into feeling appreciated and needed. In other words, I was being played.

In fact, once I opened the door to the procedure room it was much like when a person unwittingly opens an overstuffed closet. The number of things that collapsed in on my sense of morality were shocking—things I inadvertently stuffed in there while focusing on providing for my family.

I saw that we regularly falsified documents in all manners of ways to suit our financial needs, including reporting the size of the baby’s cranium to be smaller than it really was. Our staff would stay late into the night prior to inspections to falsify hundreds of documents to keep state watch dogs off our back. The alarm passcode to the office was: BABY. Passwords around the office were things like CONDOM, ORGASM and SEX. The freezer, where the products of conception were kept, was referred to as the CRIB and NURSERY. It was downright demented.

I noticed that the conversations around the office were dark, with awful, sick jokes and continuous, extremely explicit back-and-forth talk about hetero and homosexual sex as casually as if they were talking about the weather. Spiked juice was commonplace. Most of the ladies were sipping some kind of alcohol all day long; some were snorting cocaine.

The way the ladies who came in for abortions were treated was outrageous. Some regulars were referred to as “Frequent Flyers” and were fodder for the employees to lambast behind their backs. But it got worse. Often, especially when they began to cry, the ladies were ridiculed directly to their faces with questions and statements like: “Well, this was what you wanted, wasn’t it? Next time, keep your legs closed.”

But for me, the greatest disaster came when I realized how easily I had assimilated; had taken on their culture and became like them. Initially aghast, I soon found myself doing what they did, saying what they said, and drinking like they did. On abortion days when I would work the POC room piecing together baby after baby, I would have to knock back two bottles of wine—until I realized the effect of it was starting to lessen. I needed harder and harder liquor. I would walk around the house a different person than I had been before. One night my son looked at me with deep concern, “Mama, you used to never say jokes like that.”

“Oh, come on! It’s funny! You guys don’t know funny!” Soon my husband said to me, “I feel like I’m watching your demise. You need to quit.” I looked at myself in the mirror. Who was I becoming?

In the days and weeks to come, something in me began to rise. I can’t help but feel it was a remnant of the Holy Spirit that resided in me from being brought up in the Pentecostal Church. It began to hit me that our way of doing business, considering the women’s extremely raw and vulnerable state, was exactly the opposite of what it should be—as if our emotional IQ had slipped into the negative. Our standard practice was to whisk the ladies in and out as if we were recycling plastic bottles. Get in, pay, stop crying, and get out. Next! That’s all we wanted from them. We weren’t there to give them care. We didn’t care. We just wanted their money. Girls came in feeling the weight of the world on their shoulders, like their lives were about to implode into flames- too bad, stop opening your legs.

I began to take the girls into the counseling room to explain their options, such as adoption, and seek out their story to ascertain if they were ready for such a lifelong step. I was taking 20-30 minutes when I should have taken no more than five. Sometimes I even determined they were in no frame of mind to go through with a termination and turned them away. I was doing exactly the opposite of what the company wanted, and I started to get reprimanded. I drafted a letter of resignation and held onto it, waiting for the right moment to utilize it. One afternoon, the sidewalk advocates had placed little cards on my car that had the name of Abby Johnson. The card said that if I quit, she would be able to help me. I was commanded to dispose of all of the cards, but in an act of rebellion I secretly saved one card. Just in case.

Finally, the affiliate leadership called me into the office and fired me, which I refused and told them I quit, resignation letter in hand. They insisted they had the power and fired me. It was real big dog, organized crime stuff. They must stand over you to scare you into thinking if you come against them legally, they’ll break you.

Now that card with Abby Johnson’s name on it came in handy. I needed an advocate to stand up to the bullying and legal coercion that I couldn’t face on my own.

My former employer had all kinds of accusations against me. They even alleged that I stole money and instruments on my way out the door just to further cement their power. Abby advised me to request that they bring the security video tapes to court. Oops.

They hadn’t thought of that.

Out of fear, I would have paid the extortion fees if it wasn’t for Abby’s help and personal experience with similar tactics.

Connecting with And Then There Were None was an act of desperation, but my willingness to trust Abby and her team was not granted so easily. One of the first things Abby asked me when I got her on the phone was if I could send her a pay stub and a copy of my driver’s license. I thought, “Is this one of those things where I wake up the next day to find my bank account has been emptied out?”

But what happened instead was that Abby sent money equal to my paycheck to tide us over while I searched and interviewed for a new job. “Who could be so generous?” I thought.  It didn’t seem to make sense.

Finally, it did on this van ride. As we drove deeper into Texas, the money Abby gave me, I concluded, was just to get me to trust her enough to make this trip. Men with guns would be waiting to tie us up and send us to Nigerian businessmen. After what I had just been through, could I be blamed for my trust issues?

But like an oasis, the And Then There Were None healing retreat location came into view. There, along with other former abortion workers, we sang and prayed and went through the tearful process of creating art that would connect us deeply to the lives of the babies terminated in our care. And we would ask God, and those babies, for forgiveness, and embrace each other and cry ourselves into the beginning moments of healing. It was one of the most significant events of my life.

Everything that Abby said she would do, she has done. I thank God for the miracle of And Then There Were None. They have given me a new life where I am healing more each day.