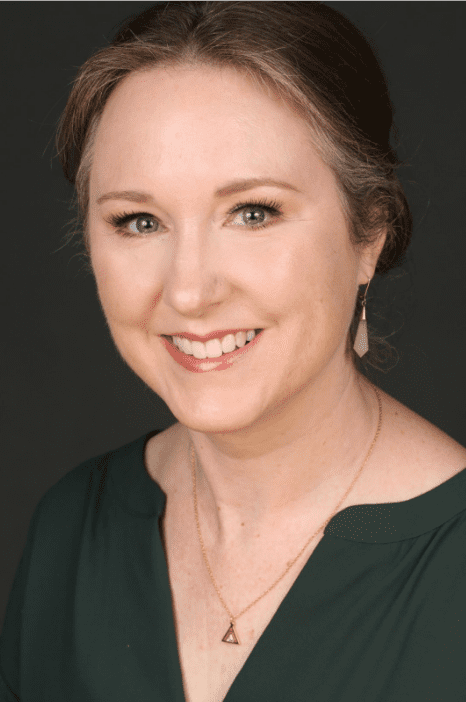 IF I HAD TO CHOOSE THE MOMENT the Enemy began to lose his grip on me, it was during my pregnancy with my daughter. I was glowing as life grew within me and loved all the body changes that accompanied. I had been working for Planned Parenthood for six years at the time. Unfortunately, as the pregnancy progressed, stress at work increased. Management became more difficult to work with, I was expected to work more than the standard full-time hours, and I felt bad asking for time off for prenatal appointments. Things went really bad when I requested part-time work after having my daughter. Management had decided to have me work more than a half hour’s drive away. They knew I had experienced breastfeeding problems, yet persevered through them. My hope had been to spend time with and breastfeed my daughter during lunch break each workday. Now that would be impossible. I couldn’t believe their response to me, to us.

In fact, I was so rattled, I knew the feeling inside was something that I had to deal with. I couldn’t carry it around.  I was growing bitter.  It wasn’t healthy.

I decided to go back to church, something I hadn’t done since I was a teen and when I did, it was one of those moments when you feel the pastor is talking directly to you. The Jesus he presented spoke to my heart. I was more than intrigued.

In fact, I was so rattled, I knew the feeling inside was something that I had to deal with. I couldn’t carry it around.  I was growing bitter.  It wasn’t healthy.

I decided to go back to church, something I hadn’t done since I was a teen and when I did, it was one of those moments when you feel the pastor is talking directly to you. The Jesus he presented spoke to my heart. I was more than intrigued.

The pastor encouraged us to read the Bible every day. He said, “If you really want to get to know Jesus, read the book of Matthew.” Well, I really wanted to know.

The pages of Matthew brought Jesus to life in a way I hadn’t experienced before. His love, compassion, and forgiveness gave me somewhere to take my bitterness. I gave my heart to Jesus.

I continued my work at Planned Parenthood. The branch I worked at did not perform abortions and I was happy about that, having already spent some time working as an abortion recovery room nurse at a private clinic years ago. One day years later, however, I got the directive to get training for implanting a new contraceptive device. I was sent to another office to place them while being shadowed by a physician. This particular office was an abortion clinic having their procedure day.

As I sat alongside my manager who drove us to the office, I began to have a reaction. An aching in my spirit. I couldn’t seem to shake it.

As we parked, I began to pray for what I was about to experience. As the doors opened, I saw women sitting shoulder to shoulder, waiting for their abortions and my heart began to wrench. I no longer saw just one person affected by abortion, but the life within as well. It may sound strange, but the overriding feeling that coursed through me was that I was a coward.

As if God had heightened my senses, I could feel the women’s pain deep within at the soul level; what made their faces so sullen and gray? The smell of abortion came back to my memory—that distinct smell of death. Those who have ever smelled it know what I’m talking about. It is unforgettable.

As I was brought into the presence of the abortion doctor, I did not see healthcare; I saw a business transaction. I was standing in the middle of the most sinful business plan possible – the elimination of generations of children disguised as care.

I turned to my supervisor and with complete ease said, “I’ve seen enough and it’s time for me to leave.”

To which she replied, “I completely respect your decision.”

I walked over to the manager who drove me and told her it was time to go. She finished up quickly, grabbed her belongings and we walked out the door as if we were not entirely the ones in control. I hadn’t done any of the contraceptive implants I had come to do, and there I was, walking out without anyone asking or saying a word to me. This was not normal.

The scales had already fallen from my eyes when I asked my manger as we drove what was spoken about in the managers’ meeting that she attended. “Quotas,” she replied.

“Oh, are our numbers going down?” I asked.

I asked, “What do you mean? Isn’t the goal to put ourselves out of business?”

“No,” she said, “abortions are how we make our money.”

I thought the mission was to reduce abortions, not increase their volume.

When I got home, I knew it was over. God was calling me out of Planned Parenthood even though I was the primary income earner of the family and held our family’s healthcare benefits. I wasn’t sure how my husband was going to respond. I e-mailed a local health department inquiring about women’s health services and whether they had a need for a provider. In less than seventy-two hours, I received a call wondering if I had seen their ad in the paper – I hadn’t, however, their reproductive health grant funding had tripled and they needed a provider. Miracle confirmation number one.

After accepting the job for far less money and no benefits, our family began receiving unsolicited checks in the mail. For example, my dad had sent me a check for my birthday gift two months early unaware of the job transition. It helped with bills while we adjusted. Miracle confirmation number two.

Never questioning that I had made the right decision to leave, I also never questioned the condition of my heart – I thought I was fine, until the evening of a Bible Study I was attending, where we shared our testimonies. When it was my turn, I stood and suddenly everything I knew about the tragedy of abortion and Planned Parenthood came rushing to the surface. I am a rather subdued person, not gregarious at all and rarely show intense emotion. I broke down and wept to the point I was not certain a person there could understand one blubbering word I said. But I kept trying – because I needed to share that they just can’t understand that kind of darkness until they’ve been a part of it.  My damage was laid bare for all to see, especially me.

Afterward, a woman who had had an abortion, approached me with arms outstretched.  “I forgive you,” she said.  What a relief.  Miracle confirmation number three.

In time, I got the chance to see Abby Johnson speak at a pregnancy center fundraiser. I knew by her remarkable story and work that she was going to be a key part to my healing.

Entering into the presence of women at an And Then There Were None retreat had a dark-to-light effect on me. The dark secrets of the heart received the warm, healing light of women, just like me, who embraced me while offering no judgment. The lack of judgment is our kinship. It is the impossible outcome to have been a part of something so deeply wrong. But I have learned, such is God’s grace.

Whereas the coldness shown by my coworkers when I went part-time was a slap to the face, I see now it was a part of God’s plan to remove me from Planned Parenthood, bring me to Him, and into the arms of so many wonderful sisters.