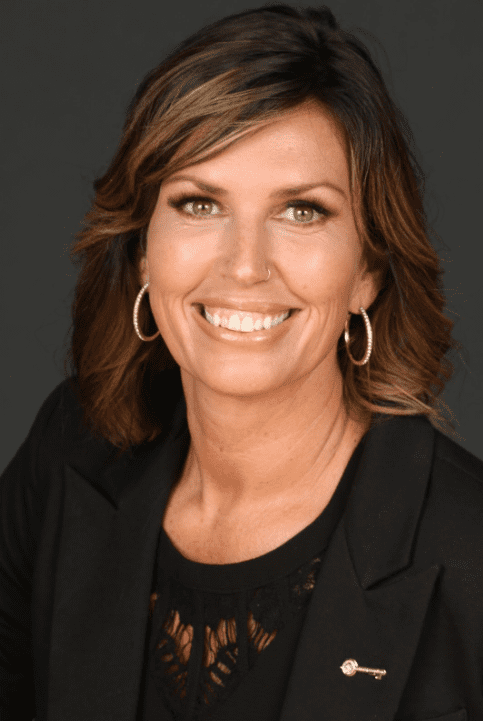 The beginning of the end of my employment with an abortion clinic in Richmond, Virginia began with a conversation.

“Kelly, make sure you take care of the magazines in the waiting room.”

I knew exactly what my boss meant by “taking care” of the magazines. Initially, when they told me to search the pages for any content even remotely baby-related and remove it, it made sense to me. After all, the last thing a woman walking into an abortion clinic wants to see is a glossy ad with a happy baby, a woman with that healthy pregnancy glow, or an article about the latest trends in child birthing. The longer I worked at the clinic, the less comfortable I felt about editing the waiting room magazines. Instead of being sensitive, it felt sleazy and manipulative.

I knew exactly what my boss meant by “taking care” of the magazines. Initially, when they told me to search the pages for any content even remotely baby-related and remove it, it made sense to me. After all, the last thing a woman walking into an abortion clinic wants to see is a glossy ad with a happy baby, a woman with that healthy pregnancy glow, or an article about the latest trends in child birthing. The longer I worked at the clinic, the less comfortable I felt about editing the waiting room magazines. Instead of being sensitive, it felt sleazy and manipulative.

While we were careful to maintain a public perception that the health and well-being of the women who came through our doors was our top priority, I began to feel that the opposite was true. Holes in our abortion schedule equaled lost dollars for the clinic. If there was a gap in the schedule, I was told to call women who had either simply phoned for information or who had failed to keep their appointment for whatever reason. A full schedule, not the empowerment of women, was the driving force behind our daily work. Fearing that a boyfriend or husband might sway a woman in a direction other than aborting their child,  it was our unwritten policy to make sure that no man felt comfortable or welcome in our waiting room. We would turn down the thermostat, be blatantly rude to them, and refuse to provide any information. In the end, most men chose to wait in the car. He might have served the baby’s purposes, but he certainly did not serve ours.

The reality of abortion began to dawn on me, it was a dark endeavor.

I began to grow increasingly uncomfortable with the outright disrespect that the workers showed for the women. My own abortions, in the very same clinic, were the reason that I sought employment there. I was trying to justify my decisions and truly had a desire to help women who felt as lost and alone as I once had.

“Don’t worry about her. She’s a frequent flyer.”

“Sit down and shut up. Isn’t this what you wanted?”

Did they say these things about me? I thought we were all about helping women, not judging them, kicking them when they were down, or even making fun of their bodies during procedures.

Fortunately, like me, these women will never remember the cruelty or the physical pain of the procedure. Each woman was given a powerful cocktail to sedate them, block the pain and the verbal abuse, and keep them from considering the emotional toll the destruction of their baby would have on them. As a result of the sedation, the experience would remain a foggy memory—perfect for creating in them the ability to come back and do it again.

To me, the recovery room felt like the saddest place in the entire world.  Agony and profound loss were etched on the faces of each woman.  It did not matter if she marched into the clinic as a proud feminist, or had entered hesitant, yet resolute. In that room, she was broken. Most women, including myself, do not remember the time spent in that awful, sad room.

Of course, one could question whether pain was what I was really seeing. Couldn’t those emotions just have been a reaction to the drugs? Well, I don’t think so. No. You see, I know my way around drugs.

I was raped at the age of 12 after sneaking out of my house to attend a party. I trusted my youth pastor, and when I confided in her, her words stung and changed me forever. I sought comfort and found judgment. If I had not broken the rules, I would never have been raped. I was left feeling utterly worthless and alone. Pregnant at 15, I got my first of four abortions. It began my pursuit of something, anything, that could kill the pain. Before I knew it, there I was, the daughter of a pastor, running drugs from New York to Florida. I got thrown in jail, was physically beaten in drug deals gone wrong, and had my car blown up by an angry supplier. More often than not, my boyfriends beat me. There was not a moment in my day where I was not drunk, high, or both.

Like many of the patients at the clinic, I was hoping to find a way out of the chaos. I wanted a stable “good job.” After many months of seeing the daily reality of what goes in an abortion clinic, I realized that I was multiplying the chaos, not escaping, it. This was not a place to find hope, only more hurt. I knew I had had my fill of hurt. I simply did not go to work one day, and then just never went back. Despite all the trauma and turmoil I had experienced, the everyday business of an abortion clinic was still too much for me. I was done.

After 15 years of running from God, He encountered me in the front pew of my dad’s church.  The process wasn’t quick or easy, but God walked with me through ten years of healing and redemption. I took a job at a pregnancy resource center. From the very beginning, I disclosed my own abortions to them, and they welcomed me with open arms.  In an amazing turn of events, I publicly gave my testimony to a crowd of thousands on the steps of the United States Supreme Court during the March for Life in 2018. I was doing something positive, and certainly felt like God was regenerating beauty from ashes, but I knew I was holding something back and that there was much more healing to be had. The few times I told people that I was not only post abortive, but that I had also worked in the abortion industry, I immediately saw on their faces that they saw me as the enemy. I was flooded with shame. I had met countless women who had also chosen abortion, but I had never met another former clinic worker. I felt like I was the only one and quickly learned not to talk about it.

It was at the March for Life in 2019 I first encountered AND THEN THERE WERE NONE. I knew I had to talk to them. When I got some time with a client manager at their Coffee with Quitters event, a panel of ten or more former clinic workers bravely sharing their stories, I told her my secret and she threw open her arms. “You belong in our tribe!” she said.

The realization that I didn’t have to convince them to accept me or let them see only what I felt comfortable with, began the process of healing in a part of me that had been sealed off. They accepted all of me, embracing who I was with hugs and smiling faces. It was overwhelming. They were a group of women just like me. All they really wanted was to make sure I knew that they had my back.

Twenty years of pent-up shame began to melt away.

Today I am the Director of Outreach for AND THEN THERE WERE NONE and have a strong relationship with Jesus Christ having given my life to Him in February of 2006. I am amazed daily that God could so fully redeem everything I have been through and use it to reach others. Best of all, that too is a part of my message to the ladies I talk with. God can use everything in your past for His glory, no matter how bad. Can anything be better than that?