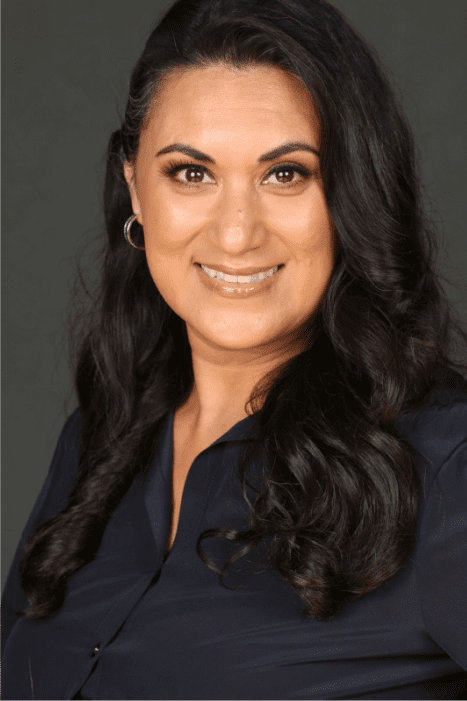 “PLEASE STEP INSIDE, EVERYONE,” THE INDIAN GURU SAID with a thick accent as he led us to an empty conference room. “Lay on the ground. We’re going to keep the lights low.”

I stepped in with the other people and lay down wondering what I had gotten myself into. “Now,” he continued, “when I say begin, I want you to slowly gyrate and then shake your body and groan and moan, but I don’t want anyone to use words. Just make sounds.”

“Do what?” I thought. “Sounds weird. I’m not sure I’m going to like this.” As I lay there waiting to begin an exercise the guru assured us would reach deep inside and heal us, I began to think back. My mind wondered to the odd string of events that brought me to this moment of seeking an answer for my debilitating depression and emptiness while I lay on the dirty conference room floor.

“Do what?” I thought. “Sounds weird. I’m not sure I’m going to like this.” As I lay there waiting to begin an exercise the guru assured us would reach deep inside and heal us, I began to think back. My mind wondered to the odd string of events that brought me to this moment of seeking an answer for my debilitating depression and emptiness while I lay on the dirty conference room floor.

After my uncle died of HIV in the late 90s, I felt a great deal of urgency to educate the masses on the dangers of practicing unsafe sex. And so, I jumped in to do my part to help change the world. In time I became a Comprehensive Sex Educator working with different populations: gay, straight and every gender and orientation in between. I was being trained by Planned Parenthood in Texas when one of the supervisors told me about the many incidents of very young girls who had come into Planned Parenthood with all manner of things done to them sexually. Once again, I felt the urgency to do something about it. “Please—you have to train me to teach young girls to avoid having sex because—”

She stopped me. “We don’t teach them not to have sex—that would be to place judgment on their behavior, and that’s not what we do. We teach them to have sex safely.”

Soon, I began educating for Planned Parenthood reaching out to children as young as nine and ten years old with messaging on how to have safe sex with emphasis on condom usage. As uncomfortable as I was with the messaging, in time, my unease began to wane. I was getting used to it.

Soon, I was a true believer in the Planned Parenthood philosophy and position, delivering education to children in sexually graphic terms. We gave them condoms. We told them nothing they did with their bodies was morally wrong. We encouraged them to explore sex outside the norms to find who they really were. We even put them through exercises of asking them to write terms for their private parts on a chalk board—slang or otherwise—which turned into a wall of pornographic vulgarities they all had a good laugh at. The goal was to desensitize them to sex and it was working.

Where was all this leading?

Our stated goal was to keep them safe, but something more nefarious was happening. Planned Parenthood was, slowly but surely, dehumanizing children by removing the line between innocence and the act. To Planned Parenthood, children were sexual at birth—and they evangelized that message. For kids to be told what they did with their bodies was ever wrong, immoral, or shameful was oppressive. And who was the great oppressor to a young girl’s sexual freedom? Parents.

Planned Parenthood’s campaigning in the streets to reach barely-pubescent children with messages of safe sex was designed for the girls to see the organization as helpful, trustworthy and kind, the only adult worth listening to, the good friend who will not judge—only care. How were we any different from a pedophile who grooms children to give them their trust? We set the kids free to have sex, and when the girls got pregnant, who were they going to run to? Their parents who would hit the roof? Or the nice people at Planned Parenthood who would make it all go away and keep their secrets?

Living the sexually-free life that I did, I fell for a boy and got pregnant at age 26. Of course, I only referred to it as a “pregnancy” because that perspective follows the Planned Parenthood party line: it’s not a baby, but a pregnancy. If we can convince young ladies it’s not a human, won’t it be easier to abort?

One night, I called a very good friend who had had an abortion and told her that I had an appointment to get one, too. “You’re pregnant?” she said excitedly. “Just think if it’s a boy. His hair will probably be so beautiful and his skin…” On and on she went, visualizing in the most glowing terms how adorable my son or daughter would be, putting eye-color and skin complexion and cute chubbiness to the little clump of cells in my uterus. When I got off the phone that night, I sat stunned. I had never thought about an actual baby before. In the few moments that my friend talked, my perspective completely flipped. “Am I really going to kill my…baby?” I said.

I canceled my appointment, and wouldn’t you know it, I started to feel, little by little, like a mother. I began to look forward to the day.

After having a beautiful little 9 lb., 4 oz. bundle of joy, the father started to get very antsy to return to his former party life and I knew it wouldn’t be long before I would be alone. Two years later he was gone. I fell into depression.

I was still in the comprehensive sex-ed industry and had access to all the free services offered to HIV patients, so I checked out the menu. It was all very New Age in approach, from weird massages to Reiki masters to worshipping pictures of Indian gurus. I tried them all and nothing seemed to relieve me of the deep, dark heaviness pushing down on my soul. But still, I persisted in looking for respite. That is what landed me on my back in a conference room with the lights off and an Indian guru standing over us.

“Begin,” the guru said. “And please no words. Only move your body and moan.”

I couldn’t do it. I felt too weird about it. And so, I laid there quietly. Suddenly, everyone began to shake moderately, and then the longer it went on, the more aggressive it became. Then the groans began, and loud moans filled the room. The more I lay there, the more it felt as though I had slipped through the realms and was listening to the sound of hell. The energy in that room was evil and oppressive. There was demonic presence. It scared me.

The guru came and stood over me. “Please,” he said sternly. “No words. Just moaning.”

I looked him in the eye. “Jesus Christ is my Lord and my Savior,” I said. He got a confused look on his face and walked away.

When I got home, the depression was still with me, but I knew I wanted to go to church. I remembered that many cars around my neighborhood all had the same bumper sticker displaying the name of a local church. That next Sunday I went to that church and responded to the altar call when the pastor said, “Would you like to leave your old life and start anew with Jesus?”

“Oh, my God, yes. That’s exactly what I want,” I said to myself. I walked down and asked Jesus into my heart.

Still a part of the industry, I went back to work, but dealt with heavy conviction about being there. It was on the day, however, that I learned Planned Parenthood refused to see underage girls who have sex with older men as victims, and refused to report sex trafficking, that I was pushed over the edge. I left and never turned back. I was with Jesus now. He would have to take care of me.

Soon, I began sharing my story with pro-life groups and when I did, I received invitations to do more. One day, Abby Johnson happened to hear me and she invited me to a healing retreat. I was hesitant. I had never experienced any healing over what I had been through, but wasn’t sure I needed it. In addition, I had anxiety over feeling like an imposter because I’d be the only one who hadn’t had direct experience with abortions.

Ultimately, however, I accepted Abby’s invitation. I loved the retreat, but the pivotal moment for me came when we all sat around and were led in an exercise of creating a piece of art representing what we used to do. Everyone got busy creating impressive pieces that would be shown around the table. Yet, all I could do was write down all the pornographic words we encouraged young people to speak and write. These were the tools used to drain the glory out of our bodies and the act of sex and leave them like pieces of garbage along the interstate. They were stingingly ugly words that I wanted turn away from, but couldn’t. I would have rather done anything else with my time than to revisit and write down those words, but they were all I could see. I hated them so badly. It filled me with profound shame.

After covering my page with them, I folded it into the tiniest square the paper would allow. I would not open it again. When everybody else shared theirs, I simply couldn’t. I sat there feeling the heat of the moment: the woman who wasn’t like the others was also unwilling to play along. But the love, acceptance and understanding I received from Abby and the women moved me to tears. I didn’t know how much I had been holding in. Here were all these women who knew my kind of trauma reassuring me that I was loved. This was God’s healing work and gift to me. By his forgiveness, I have been set free.

I think back to what I was involved with and I feel like I have experienced the greatest thing God can do for someone like me—who did an awful thing. He is not erasing my past, but using it to further his kingdom. How glorious is my Redeemer!