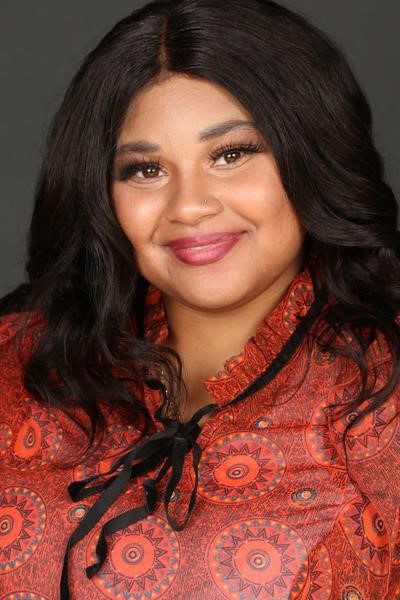 RIGHT AWAY, THERE WERE PLENTY OF REASONS TO FEEL UNEASY about the women’s clinic where I worked in North Carolina.

The owner lived in the clinic and came out of her room every couple of days, disoriented by drugs of some sort, presumably sleeping pills. She would slur on about being protected by fairies and a few other oddities that made me wonder what was going on in her mind. She kept a shotgun in the office, which added a bit of darkness to everything we did. If a noise disturbed her, she rushed out with it in hand thinking the clinic was under siege—one time she ran all the way to the front desk in front of patients in the waiting room. We had to reassure her it was still working hours and the ladies she heard were merely clients; not a threat at all. She seemed to be consumed with death and the fear of it. When underaged girls came in for abortions, she would look the other way without making appropriate inquiries and reports. She forged the names of abortion doctors on documents, which is fraud, and erroneously claimed to be a nurse, which is fraud and extremely dangerous.

I was hired as the receptionist, but because we were so shorthanded, I found myself having to piece the bodies of babies together in the POC room right away, which took a terrible toll on me. Soon I was having an awful time sleeping, and drinking way too much. It didn’t help that my mother hated the idea of me working at an abortion clinic, and as far as she knew, I was just the receptionist. There was no way I could tell her everything. On the day the owner screamed at me for something she thought I should have been doing, I saw it as the perfect exit point. I had had enough. After just three months on the job, I simply walked out.

I was hired as the receptionist, but because we were so shorthanded, I found myself having to piece the bodies of babies together in the POC room right away, which took a terrible toll on me. Soon I was having an awful time sleeping, and drinking way too much. It didn’t help that my mother hated the idea of me working at an abortion clinic, and as far as she knew, I was just the receptionist. There was no way I could tell her everything. On the day the owner screamed at me for something she thought I should have been doing, I saw it as the perfect exit point. I had had enough. After just three months on the job, I simply walked out.

After that, a former coworker who had left shortly after I got there called and told me I should get in contact with AND THEN THERE WERE NONE. They could help me with my transition out of the clinic, assist in finding me a new job, and come alongside to offer emotional support. So, that’s what I did. My ATTWN Client Manager Nichola invited me to one, and then another of the healing retreats which helped me face what I participated in. It also helped me realize I needed healing much more than I thought I did. Healing is a journey, and I have a long way to go.

It was when I went to the Pro-Life Women’s Conference with other Quitters, as we are affectionately called, that I found myself on my knees under a wave of tears, and with an acute feeling that something profound was happening to me. Kelly Lester, also a Quitter, was on stage telling her story, which included a long list of terrible decisions she made in her life. I sat up and my temperature suddenly spiked. While working at the clinic, I, too, made a terrible decision…something that has plagued me ever since. Someone close to me had gotten pregnant. I knew, or at least felt, it was going to be too much for her to be a single mother. As she wavered about what to do next, I began talking her into having an abortion. I pushed the issue. I made an airtight argument. When she finally agreed to it, I took full control and made all the arrangements.

I’m not sure why I forced it so hard.

When it was all over, she was not relieved but deeply traumatized by the experience. My plan to be a hero had failed terribly. Since that time, she has had multiple pregnancies, each

time wanting to keep the baby. She wants to be a mother…but she miscarries every time. It’s very likely that the abortion I persuaded her to have harmed her body’s ability to sustain a pregnancy., I can’t shake the feeling it’s my fault she isn’t a mother.

What makes it worse is that while on my way to get a tattoo, I had the intention of getting the word “love” in Arabic inked on my collar bone. Suddenly I had a change of heart. “Change ‘love’ to ‘life,’” I told the artist, and he did. The very next day, I found out that I was pregnant.

I was not prepared to be a mom, nor did I really want to. But I knew that God had spoken to me through my own tattoo. I was supposed to give “life” to my baby. In the aftermath of pushing my friend so hard to abort her baby, witnessing her devastation without her baby son or daughter, and then knowing that motherhood was really in her heart all the time, it hit me hard. Why did I have a baby and she didn’t? What had I done? How could I be so wrong?

Worse yet, we are not friends anymore. Now she is gone and the baby I would have been a godmother to is gone as well.

Suddenly, while listening to Kelly at the conference, I felt like it was me up there confessing my worst sins before the crowd. But then Kelly talked about how God’s love and forgiveness reached her, and reaches all the way to someone like me, stuck here in my own little dark corner of regret and guilt. Could He really be so good as to open His arms to someone who has done something so bad?

The answer is yes.

The whole incident with my friend can still bring me to tears, but today with the help of Nichola and AND THEN THERE WERE NONE, who have encouraged my faith and pray for me every day, I have a relationship with God through his Son, Jesus. I am experiencing His grace and forgiveness and feel so much gratitude for new life in Him. I have found a church and love where I am today, in a community with women who have all done something, or many things, they regret—and found forgiveness. I’m not alone. I have a tribe and they are just like me. It has meant everything.

POSTSCRIPT: Vanessa continues to receive one-on-one counseling through AND THEN THERE WERE NONE, and she and her therapist, Brandy, have made great strides. After being interviewed for this story, it prompted Vanessa to reach out to her friend to ask for forgiveness. Her friend replied she does not blame Vanessa, and that Vanessa’s apology was not only welcomed but a starting point in rebuilding their friendship. Vanessa invited her to church for Easter. Prayers are appreciated.