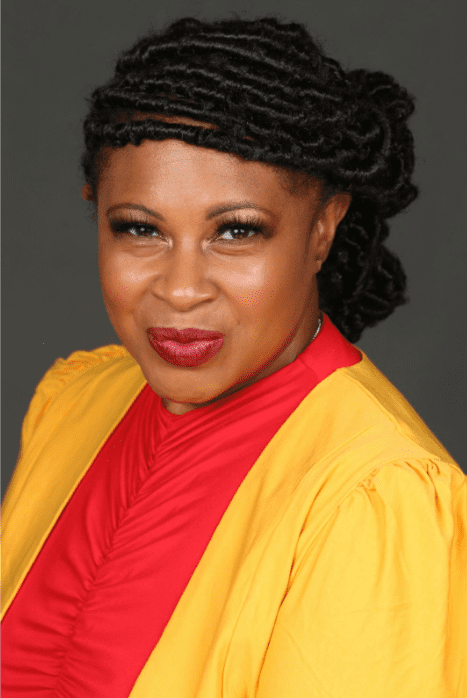 THE NUMBER OF DANGERS—AND MAYBE EVEN CRIMES—perpetrated against the women of our community in Charlotte, North Carolina by the owner of the reproductive clinic where I worked are staggering.

I watched, along with my coworkers, as she facilitated abortions for minors and sex trafficking victims, presented herself and functioned as a licensed nurse when she was not, found it unnecessary to have a Registered Nurse on call on abortion days as is legally required, would text consent information to women seeking abortions when it is required to be given verbally by an RN or physician within 72 hours of the procedure, and lived in the clinic creating a dangerously unclean and unsafe medical environment with a number of hazards—even after she was told by fire marshals to stop. She even kept a rifle and once mistakenly left it on a chair in plain view of everybody. It was the same one she was seen using to threaten a very kind prolife protester who greeted us with smiles each morning. This is in addition to the number of biohazard infractions she perpetrated with impunity, such as disregarding the biological waste company when they told her not to include body parts. She defiantly continued putting everything, including body parts, in the same plastic containers.

Having full knowledge of her conduct could have made it harder for me to bring young women who wanted to have abortions into a room, smile, look them in the eye, and give them the requisite pre-procedure counseling—which was not really counseling at all. We were simply to put them at ease by giving them an overview of the entire abortion experience, so they knew what to expect the day of their procedure.

Having full knowledge of her conduct could have made it harder for me to bring young women who wanted to have abortions into a room, smile, look them in the eye, and give them the requisite pre-procedure counseling—which was not really counseling at all. We were simply to put them at ease by giving them an overview of the entire abortion experience, so they knew what to expect the day of their procedure.

But for me, I saw it as an opportunity to do something a bit different. “So, what brings you to the point of having an abortion?” I would ask them.

They would have a bevy of answers; I heard them all. From parents who would “kill” them, to boyfriends who demanded it, to not having enough money to care for a child, to the ruining of a career, to already having too many babies, the list goes on and on. But each answer really fell into the same category: they were trying to fix a problem. And that is when I would tell them about God, and how God is faithful to be with and comfort them in all their problems. Because, as I would say, getting an abortion is the most permanent decision they will ever make. They could not go back if they had regrets or buyer’s remorse. Why not let God help them with their problem instead of doing something they may want to take back someday, something that could heap debilitating depression on them…as it had done me, when I had my abortion?

Of course, I didn’t always feel this way.

Even though I had grown up in the church, when an opportunity came up for me to use my nursing education and credentials at our local abortion center, it never occurred to me that I shouldn’t. To me, getting an abortion was neither right or wrong, good or bad. It just was. I had never, in my entire life, at church or anywhere else, been told otherwise. It was just what young ladies in my community did. There were pregnancies that were aborted and some that were not. That was it.

It was when I got a job at a reproductive health clinic in Charlotte that my perspective began to change. It started when I was given the responsibility to account for all the body parts post-abortion. It was supposed be done by the doctor who performed the procedure, but our doctors fudged that law and left it to us. When it initially fell to me, it wasn’t that disturbing of an experience. The pregnancies were quite early. After their surgical abortions the babies were so destroyed it was hard to identify them as human.

But soon, I was brought into later and later-stage abortions, and what I had to assemble were parts of a child; unloved and very developed legs and heads and feet, all separated from each other by the force of the instruments thrust in to pull the baby apart. It hurt me at the soul level. So young in their development they seemed to offer little resistance—they came apart rather easily. As one who had also been trained on the ultrasound, I witnessed it happening many times. I knew then, what we were doing wasn’t supposed to be happening. The ache in my heart told the story. We were doing something very, very wrong.

That is why I said the things I did to the young ladies who met with me for counseling. “Please do not do this. Please consider giving it to God.”

For all the years that I did it, I never got in trouble. If the word had gotten out, all hell would have come down on me, not to mention they would have fired me on the spot. The company line was to make an abortion seem like the answer to their problem. But I knew the truth. It was the start.

Even though an average of seven out of every ten girls I spoke to did not change their minds and went ahead with the procedure, I believe what kept them from complaining about me was that they, to the last one, seemed to appreciate that someone actually talked, listened, and cared about what they were going through. I was giving them the kind of attention I wished I had been shown. I could see it in their eyes. They appreciated someone on the side of their baby while giving a thought to their own emotional and spiritual well-being.

And while three out of ten may not seem like a very high number, I knew that I was making a difference. I was saving lives. I was so assertive about saving these babies there was even a time when one woman came in for an abortion because she already had six children—all girls. “Would you halt the abortion if it was a boy?” I asked her.

At that time, I was running the ultrasound machine a lot and when I moved the scope over her belly, I saw that the baby was indeed a boy. I had a decision to make.

In a move that was as against policy as can be imagined, I disregarded her decision not to know the sex and gave her a call after she left. “I know you don’t want to know, but the child you’re carrying is a boy! You’re going to love him and he’s going to take care of you the rest of your life!”

She about dropped the phone. She decided to not have the abortion. And, today she is in love with her son; what she always wanted.

The end came for me the day I was running the clinic in the absence of the owner. We were having to deal with a COVID situation at the clinic and she would not respond to any of my urgent calls—only texts. But texts weren’t going to do—the matter was one of life and death. I continued to call her and she continued to disregard them. I couldn’t take it. Along with everything I had seen happening while I was employed there, it was the last straw. I had finally come to my senses about what I was involved with. I quit at the end of that shift.

It crossed my mind, when I went back to hand over my keys and get my final check that I might be overcome with guilt for walking away from so many young ladies who would need me. But when I arrived, I was filled with peace. I knew that God wanted me to leave. He placed it on my heart that for far too long I had been cooperating with evil. “That’s enough,” I thought. “I’ve finished my time here.”

In the coming weeks, however, I felt an extreme loneliness. I had operated by myself, in a sense, when on the job. I was not free to tell anyone I worked with my thoughts and certainly not my deeds.

I remembered that there was a woman who was one of the committed prolife protesters who stood along our parking lot when I would arrive in the morning. She would mouth to me through my windshield, “You don’t have to be here,” and I would give her a smile back. She had given me the number to AND THEN THERE WERE NONE some time ago and I had kept it. “Perhaps the women there would listen to my story,” I thought.

When I called, Nichola and team were the kind of friends I never thought possible. They turned all their attention toward me and cared for me in the most loving way imaginable. They listened and prayed and listened some more, and they offered me every resource needed to restore my battered heart. In the fight to heal and restore the abortion worker from all they go through—and give them a new life—AND THEN THERE WERE NONE is truly essential. My healing could never have happened without them.