To provide financial, emotional, spiritual and legal support to anyone wishing to leave the abortion industry

And Then There Were None is a nonprofit organization founded and led by Abby Johnson to help abortion clinic workers leave the abortion industry. Abby worked for Planned Parenthood for eight years, working her way up through the ranks to become the clinic director of a clinic in Bryan, Texas. She was Planned Parenthood’s Employee of the Year in 2008, but she walked away from her job after witnessing the abortion of a 13-week-old fetus during an ultrasound-guided abortion. She left Planned Parenthood and instantly became a national news headline for her defection. And Then There Were None is the only ministry in the nation that helps abortion workers leave their jobs and find new careers outside of the abortion industry. Her bestselling book, Unplanned, was made into a feature film that debuted in theaters nationwide March 2019 under the same name.

For over a decade, Abby has been a leading voice to amplify the actual truth about abortion and the abortion industry. With over 600 quitters who have similar firsthand accounts to share, you can clearly see that Abby’s experience is not an isolated one. The issues they can attest to regarding the abortion industry are systemic issues that deserve urgent attention and resolution. 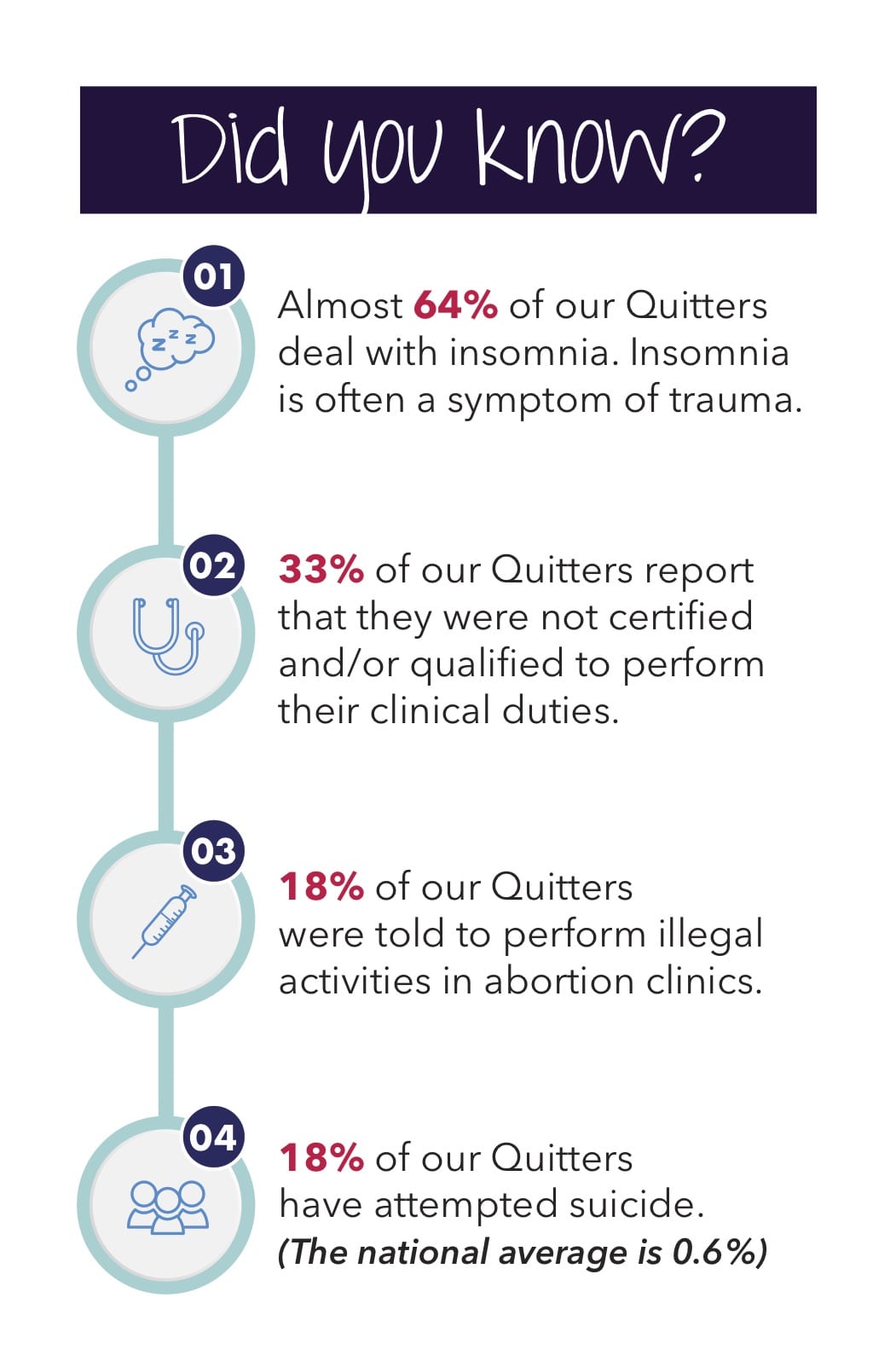