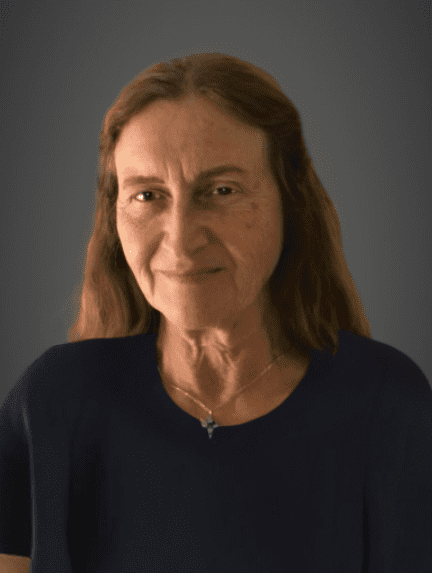 I FELT CERTAIN THAT THE REASON why I was able to take the job at a Boulder, Colorado abortion clinic was because I was raised by parents who were enthusiastically pro-choice. My dad, a physician, and my mom, a nurse, were a liberal couple, whose outlook on life lined up with Planned Parenthood and NARAL—organizations to whom they donated money.

In fact, during my interview for a position at the abortion clinic, I was careful to mention my parents’ proclivities to the abortion doctor/owner of the clinic. I could sense his wary caution, but he appeared to relax some after finding out my parents’ stance.

Although I had never closely considered my personal views on Roe V. Wade, I felt it was a good thing that women had the option to end their pregnancies if they needed to.  I got right to work and appreciated my job. The hours were great, the office was nice and clean, and my co-workers were all easy to get along with. Even working right alongside the doctor as he performed abortions—sometimes as late as 24 weeks—I thought I was fine. It didn’t seem to take a toll on me. Perhaps that had something to do with being a former ER and ICU nurse, where you need to be able to continue functioning professionally, even after seeing emotionally difficult things.

Although I had never closely considered my personal views on Roe V. Wade, I felt it was a good thing that women had the option to end their pregnancies if they needed to.  I got right to work and appreciated my job. The hours were great, the office was nice and clean, and my co-workers were all easy to get along with. Even working right alongside the doctor as he performed abortions—sometimes as late as 24 weeks—I thought I was fine. It didn’t seem to take a toll on me. Perhaps that had something to do with being a former ER and ICU nurse, where you need to be able to continue functioning professionally, even after seeing emotionally difficult things.

Yes, I was generally content with my job; or I thought I was.  Every time someone asked what I did for a living, I would answer, “I’m in women’s healthcare,” with the mental picture of the Abortion Clinic sign on the side of our building passing through my mind. I didn’t want anybody to know what I really did.

I remember the day that I left the clinic after two years to pursue other opportunities, and how much relief seemed to course through my body. It was odd. I liked my job just fine. Why did it feel so good to leave?

In time I was offered a job in a NICU caring for premature babies. Irony of all ironies, I went from taking the lives of pre-term babies to saving them. The NICU was about an hour’s drive from my house and I would usually find myself heavy on the radio dial trying to find something to help bide the time. As it just so happened, Focus on the Family would air at the same time, where Dr. James Dobson was frequently making the case that abortion was an assault against the sanctity of life.

It made me so mad. Dobson’s sanctity-of-life argument didn’t hold up to the fact that to deny abortion was to deny a woman full rights to her body—and that was un-American. How dare he?

It began to eat at me. Little by little, I was having a change of heart. I found myself starting to nod along with the things that Dr. Dobson would say. My pro-choice stance was unraveling.

With all my coworkers solidly prolife, I began to feel a kinship with them—but I never shared my former career. I knew I had a secret that would shock them.  Because here is the truth: I was the one who opened the sterile instruments, turned on the suction machine for early cases…and for late-term pregnancies. I was the one who had carefully prepared the urea solution that the abortion doctor would inject into the uterus to violently halt the baby’s heart, and later I would listen for fetal heart tones until they stopped. It was me. I wasn’t just a simple assistant. I played an active role in at least 2,000 deaths. When you’re working alongside with and looking into the faces of an office-full of pro-life people, you bury your shame.

Not long after, I married my husband and moved to a new town. I took a new job as a Labor and Delivery nurse.  I loved it there. Pregnancies ending in joy instead of sorrow. Eventually, we found we were expecting one of our own. As my baby grew from stage to stage of development, I couldn’t believe that I had ever let myself do what I had. The life inside me felt so precious, and the God who was making it all happen seemed so gracious and loving to allow such a miracle within me. How could I have ever made money stamping it out?

Fast forward several years and two more babies later, I was still haunted by my secret. I would periodically search for an internet forum of some kind, where I might make a connection to someone with similar experiences. Facebook did not exist. I was tired of carrying the shame alone. It was a lonely time. One day, I came upon a prolife discussion page that seemed somewhat related to the battle I waged. It wasn’t a perfect fit, but it was all I had. I wrote anonymously, and briefly shared my story.

Soon after, a man got back to me. “Sounds like you need to speak to a woman named Abby Johnson,” he wrote.

An associate of Abby called one day, and we talked for about an hour. When she invited me to a “healing retreat” in Texas and told me what would take place, I was honestly terrified. My girls knew nothing about my past. Only my husband and a couple friends knew where I used to work. What kind of story could I tell to explain getting on a plane and leaving for three days? Religious Retreat. That would do it. And actually, that is what it was for me.

It was there, in the presence of four other former abortion workers, women who carried a secret just like me, I told my story and listened to theirs. I could begin to accept forgiveness in Christ, and slowly forgive myself. I must admit, however, that the pain returns from time to time. I have found the courage to speak publicly, have shared my story at crisis pregnancy centers, and even my own church. To my endless surprise, I have been received kindly at each venue. I was invited to play a small role in the movie about Abby’s story UNPLANNED.  I reprised my role as the abortion doctor’s assistant. Not easy, but necessary.

None of this would have happened if not for Abby Johnson AND THEN THERE WERE NONE. They are an essential part of what keeps me going, and I am forever thankful.