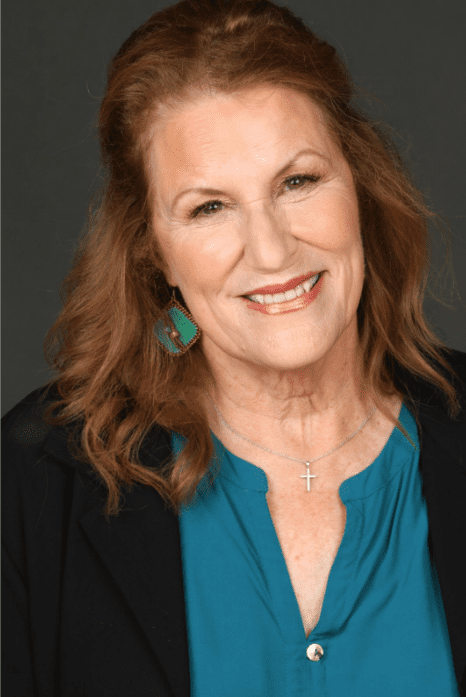 I WAS 25 YEARS OLD WHEN MY BOYFRIEND BEGAN PUSHING ME TO SEE A DOCTOR and take care of a little mistake we had made. I did not want to do that. But he was a law student pursuing his dream career, and a real catch, I thought. I was in love with him and didn’t want to disappoint. Besides, he made all the arrangements and committed to paying for the abortion. It was a lot to fight against. And so, regrettably, I didn’t.

When the procedure was completed, I was left so empty and horrified by the experience I couldn’t stop lamenting about it; how cold and blind it was, how alone I felt. The doctor hardly said a word, and didn’t care a whit if I was prepared for what he was doing to me. When the vacuum aspiration machine was turned on making that awful sound, I was nothing more than a piece of meat; the target of its cannula. He didn’t care about the frightened girl on his table one bit.

When the procedure was completed, I was left so empty and horrified by the experience I couldn’t stop lamenting about it; how cold and blind it was, how alone I felt. The doctor hardly said a word, and didn’t care a whit if I was prepared for what he was doing to me. When the vacuum aspiration machine was turned on making that awful sound, I was nothing more than a piece of meat; the target of its cannula. He didn’t care about the frightened girl on his table one bit.

My boyfriend, wanting to patch me up emotionally, arranged for me to meet a director of an abortion clinic, a young woman who happened to be the girlfriend of a coworker. She could educate me about the process, albeit after my procedure, like she does with groups of women before they get their procedure. They would learn what would happen. I would learn what just did happen. I guess I can see how it made sense to him.

Impressed as I was with what appeared to be so much support, the young director of the clinic noticed my positive response. She and the women who worked there took a liking to me and I to them. Yet, when they offered me a job, it was a strange moment. It wasn’t that I wanted to work there so much as I felt I had to. You see, the abortion was my second one. I had my first one when I was 19, an experience pushed on me by my mother, and where I was put to sleep for the entire procedure. After it was over, my mom felt the need to get something off her conscience—as if a secret she was carrying was ruining her to stay unconfessed. She told me that 19 years earlier she had tried to abort me. At once, it made some sense of why she was so detached and distant from me my entire life, but it also filled me with deep pain that abortion had always been a part of my story.

And so, when the clinic offered me the job, perhaps I thought it was a chance to address it; as if helping women through their abortions would somehow pour salve on my emotional wounds.
But the good I thought I would be contributing to seemed to unravel right away. It began when I started noticing just how calculating the clinic was when it came to the words they used. They downplayed everything. It wasn’t a baby. It was a mass, or remains, or products of conception. They said patient instead of woman. They said the procedure wasn’t painful when it was very painful—I know; I held the hands of the women during the abortions. It hurt them terribly. The clinic said the recovery was a breeze. It was bloody and terrifying. Truth was, some never really do recover. The emotional toll is perhaps the worst of all.

It didn’t help that the body parts I saw stayed with me, gathering in my memory with no release valve for them to escape. Everything began to hurt. A battle waged within about what I was a part of.

I was one of two people addressing young ladies in a pre-abortion orientation group at the clinic when one of them raised her hand.

She had an earnest look on her face. “Is abortion killing?” she asked.

The room went silent and cold. My stomach quickly jumped to my throat. I had never heard that question before. I could do nothing but turn my face in hope that my coworker, a director, might take the cue that the question was hers to answer. I didn’t have one. Or, perhaps, I was just afraid of it.

“Well, is it killing when you swat a fly?” she said. “Because that’s the size of what it is.”

It nearly broke me. She didn’t look past the question and into the eyes of the young woman to see she was fighting for her baby’s life. The director could have seen that she was wrestling with something much larger than merely clinical, and sent her to someone who could address it. Instead, the director reduced the abortion procedure to nothing more than a fly swatter, and the life inside her to an unwanted bug.

The reason? The clinic wanted the money.

I couldn’t take it anymore.

I was driving to work one day when I got T-boned by a very large car as I crossed an intersection. It crushed my little VW, as well as my neck. The impact threw me, broken neck and all, onto the floor where I passed out. I don’t know how long I was there, but at some point, I heard a voice.

“You’re going to be alright,” the voice said, lovely and low.

As I opened my eyes, a man was standing just outside the passenger window. He had the most serene face I had ever seen. He just stood there—he didn’t reach in to open the door, and he didn’t reach for me. He just looked at me with a profoundly satisfied expression.

Between the collision and waking up in the hospital, that is the only recollection I have.

As I recovered in the weeks that followed having just escaped death, I was no longer the same. I questioned everything about my life; who I was, what I was doing, where I was going, and my place in the world.

A former classmate reminded me that our professor offered us a paid internship…in Alaska, if we wanted it. Alaska was far from San Francisco, but far seemed to be exactly what I needed. I took it.

Sometime after moving to Alaska, I found myself piqued by the kitchen table of a neighbor I was visiting one afternoon. On it were stacks of Christian literature. They told of a man who saves people.

That’s what I wanted more than anything. Please God, save me from me, I prayed. I gave my heart to Jesus.

Forty years passed and I was a part of Abortions Survivors Network when one of the women there suggested that I get in touch with Abby Johnson who ran a ministry that brings healing to people in the abortion industry. So much time had passed since I was in the industry, it didn’t seem totally necessary. But I had seen Unplanned and was deeply impressed with Abby. People of her courage and conviction don’t come around very often. I decided to give her a shot at me.
At an AND THEN THERE WERE NONE healing retreat, Abby instructed us to add up, as best we could, the number of deaths that happened while working at our clinics. When I was done, the number was 7,000. I contributed to 7,000 deaths. The weight of the number pushes one to their knees in confession and repentance, as it did me—and that is the only place healing can begin.
Judging by how I feel now—truly forgiven for what I had done, I had no idea how much I needed to come to the foot of the throne of God by the blood of his son, Jesus. Healing is a journey and I can feel my feet firmly on that road, growing lighter every day. When I think about AND THEN THERE WERE NONE, I shudder to think what I would still be carrying if they hadn’t come into my life.
I think about the man outside my VW window. He was telling the truth. I am alright.