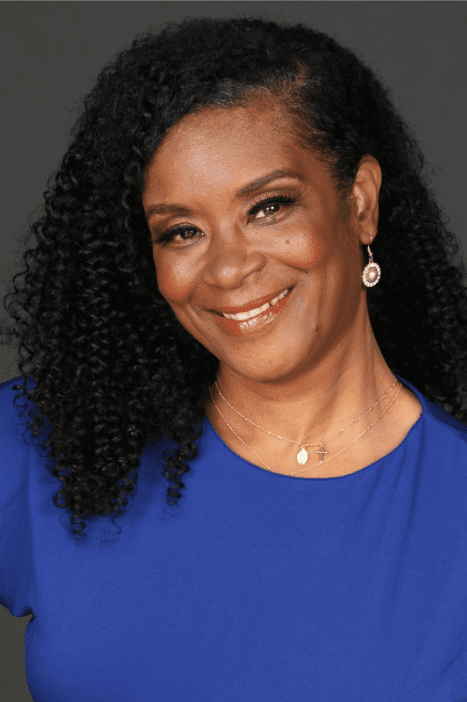 You would think that a clinic that was going to lie about what they hired you for might wait a little bit before revealing the truth. But it was on my very second day that I drove up and saw a packed parking lot. “All these ladies are here for contraception? Is there a run on the stuff?” I said to myself.

When I walked in, women were everywhere and the halls were lined with trays and instruments—many I had never seen before even after having been an ER nurse for years. When I naively asked if everybody was there for contraception, one of my fellow workers laughed. “Girl, this is abortion day!”

Abortion day? They hadn’t said a word about abortion. For all I knew, for all I was told, we were a women’s health clinic and my duties included offering and consulting on contraception. That was the moment the war began; where my need to align my life with my values and morals began battling with my need to provide for my family. They were paying me $30 an hour and I was making in two days what I previously was making in eleven. My husband was out of work; my kids were in private school. Was I going to walk away from the clinic even if they did look me in the eye and lie? The job was an answer to our financial problems.

Abortion day? They hadn’t said a word about abortion. For all I knew, for all I was told, we were a women’s health clinic and my duties included offering and consulting on contraception. That was the moment the war began; where my need to align my life with my values and morals began battling with my need to provide for my family. They were paying me $30 an hour and I was making in two days what I previously was making in eleven. My husband was out of work; my kids were in private school. Was I going to walk away from the clinic even if they did look me in the eye and lie? The job was an answer to our financial problems.

That day I worked the recovery room. In the days to come, I was moved to the POC room where I actually took over from the receptionist, a young woman without any education or experience. Just two weeks later, I was asked into the procedure room—a place I never dreamed I would find myself.

In addition to the deaths that I was contributing to, the things I saw the clinic do on a regular basis tore away at me and necessitated a steady flow of self-talk; rationalizations to help me detach. If I was going to survive and keep the money flowing home, I had to look away and keep talking myself into all that I was a part of: They chose to be here. If they don’t care, I don’t care.

But where my mind could separate, my heart could not. I felt myself a little more injured every day. What I was contributing to inside the procedure room was unspeakable, but our daily practices, even outside of the abortions, were nearly as shocking. I was horrified to see that we kept no more than three women at a time in our recovery room even on days when we churned out 70 abortions in an eight-hour shift, averaging about 10 minutes of recovery time each. Still bleeding after 10 minutes? Too bad. We stuck a sanitary napkin between their legs and led them to the door. Didn’t we say we were about women’s health?

The abortion doctor played baby-making music during the procedures. That is the best way I can describe it—sultry music with lots of ‘Let’s get it on’ lyrics. I thought, is she trying to be funny? What could be more inappropriate for these poor girls? It took her mind off her work, she said, which might have worked a little too good. On many occasions she left parts of babies inside the women’s bodies, endangering their lives.

Of course, it didn’t help that our ultrasound operator wasn’t certified, which meant that the ultrasound-guided abortions were like the blind leading the blind. If only the women knew what danger we put the women in.

It was also common practice that we would lie and tell the women that their pregnancies were not as far along as they truly were. The older the babies were, the less likely the girls would choose to terminate. We needed that money.

When very young girls would come in seeking abortions, like the 10-year-old girl that was brought to us, the office manager would coach the mother into letting us report that the father was less than two years older than her—when we knew it was rape or incest or both by an older man. Our office manager didn’t want cops coming around. Police were bad for business.

The daily assault on my conscience turned me inward. I would go home each Tuesday and Thursday night and drink an entire bottle of wine. It was intended to medicate my depression; what it did was give me a hair-trigger temper. All my husband had to do was ask me a question and I would come unglued. We fought shamefully. My job was destroying my once-beautiful marriage and turning my home into a war zone.

Then the unthinkable happened. My son, playing video games with his girlfriend, complained of chest pains. After laying down for a time, his body simply succumbed—dead at just 20 years old. My wonderful boy, honor student and the easiest child I could have ever hoped for, was taken from me. I was devastated.

I called the clinic and told them I wasn’t coming back for a while to grieve for my son. They understood.

The next four months were sheer torture. A darkness fell over me as my body and soul ached for my baby. I began to deal with thoughts that perhaps I had caused his death—God’s way of getting back at me for all the babies I had had a hand in killing. Worse yet, my mind began to fill up with all the babies that we had terminated at the clinic. Horrifyingly, when I thought of their faces, all I could see was my son’s face on their tiny bodies. My mind was spinning out. It was the darkest time imaginable.

On the day that I returned to the clinic, I parked my car and began to walk past where all the protesters and street advocates did their daily thing. I was in no mood to look or wave to them as I usually did, and so I turned my back to them and kept walking. One of them, a man, walked up briskly and gave me a hug. “I’m so sorry to hear about your son,” he said. As he released me, I turned back around toward the clinic and continued toward the front door. That’s when I heard, “Your son is dead because you kill babies.” It was my conscience, but I didn’t know that then. It stopped me in my tracks.

“Who the hell said that?” I said as I turned around quickly and faced the protesters, something I wasn’t planning on doing.

They all looked at me rather stunned. Suddenly, I caught the eyes of one of the sidewalk advocates. They were the most blue and welcoming eyes I had ever seen. I felt immediately drawn to him. As I walked toward him, it rather freaked him out.

“It’s a card with a number on it,” he replied stiffly like I was going to kill him. “It’s for an organization called AND THEN THERE WERE NONE. They can help you leave this job.”

I swiped the card from his hand and immediately felt compelled to walk inside and call. Without hesitation, that is exactly what I did, like a woman possessed. Amazingly, Abby Johnson was working the phones that morning and answered. When I explained where I was, she asked if I wanted to call her back. “Nope. I don’t care who knows.”

“When do you want to leave?”

“Right now,” I said. That was my state of mind. I was done being miserable, done having my heart in a vice.

Abby explained that because I had just walked into the office, and had no dealings with a patient as of yet, the clinic could not come after me legally. She knew the ruthlessness of the abortion industry; betrayers are destroyed. I immediately knew I could trust her. I turned and walked out that very moment. I continued my conversations with Abby and I have not been the same since. My healing began the moment I picked up that phone.

Today, my life has reversed course. I am experiencing more healing every day. What strikes me so sharply about AND THEN THERE WERE NONE is that it is a judgment-free zone. Every abortion worker they care for has lived your life. Every case manager is there only to serve. That embrace alone has the power to heal deeply. It is in that environment that they begin to love you, being the hands, feet, and loving eyes of God.

Not only did they take care of my expenses for the next three months, they found me a job, and then another when the first fell through. They have tended to every inch of me, physically and spiritually, lifting me before God over and over and over again. Their deep level of commitment is hard to fathom. All I did to deserve this kind of love was to contribute to the dark goings-on of an abortion clinic.

Such is the grace of Jesus.

POSTSCRIPT: An autopsy on Shelley’s son was performed and found to be inconclusive.