I GAVE MY LIFE TO CHRIST IN PRISON. I wasn’t guilty of the drug charges brought against me, but I was tangled up in the street life, addicted to opiates, and knew my life was out of control. Helpless to stop it, I committed my own string of crimes, so prison wasn’t entirely unjust. It took three years of my life, yet it saved my life. Sometimes God allows you to go to your lowest point before you finally accept him. That is how it happened for me.

When I got out, I found a church and started a ministry where we went into the streets to reach as many people for Christ as we could: the homeless, the destitute, the girls stuck in prostitution. I found my calling, and it was one of the most important things I had ever done. But as a felon, trying to find real employment felt impossible. Planned Parenthood seemed like the perfect job. “You know, if I got a job there,” I thought, “I could be light in a place like that. I could make sure the girls knew all their options.” The more I mulled it over, the more attractive it became, figuring it would be an incredibly good paycheck and a chance to help girls do the right thing. By the time I applied, I felt certain God was actually leading me there. 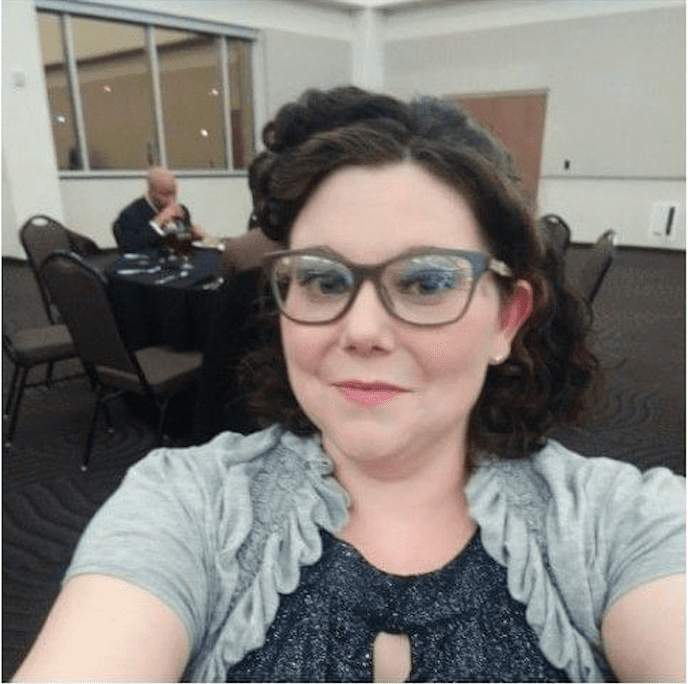 When I got the interview, I told them I was a convicted felon, had once been a nurse but my license was no longer active, and even disclosed that I was a Christian. Surprisingly, none of that gave them cause for concern.

I was offered the job and got right to work doing what I intended—handling the front desk and looking out for girls seeking abortions to show them I really cared. Unfortunately, it was easier to get sucked into the Planned Parenthood culture than to be the light I had intended to be.

I GAVE MY LIFE TO CHRIST IN PRISON. I wasn’t guilty of the drug charges brought against me, but I was tangled up in the street life, addicted to opiates, and knew my life was out of control. Helpless to stop it, I committed my own string of crimes, so prison wasn’t entirely unjust. It took three years of my life, yet it saved my life. Sometimes God allows you to go to your lowest point before

Over time, I began to feel my attitude toward abortion shift as I saw woman after woman come in with strung-out, go-nowhere lives, generationally dysfunctional and lost to productive society. Did we really need to raise more kids to fill our prisons?

In time I was moved to the procedure room, where the person I believed I was would be tested. I was there when lots and lots of babies met their end by way of our instruments—I would even carry the jar containing their dismembered bodies into the POC (Products of

Conception) room to be reassembled. And yet, I was still able to stuff it down and find somewhere else in my mind for it to reside safely away from my guilt reflex. I was a Christian in an execution room looking the other way.

One day, however, we were terminating the pregnancy of a girl who was 16 weeks and three days pregnant. I was doing the ultrasounds that day, and my job was to the keep the fetus in view so the doctor could do the procedure. I located the fetus, and it was moving around in the womb normally. But when the doctor introduced the first dilator to break the water, the baby raised its hands to defend itself. The baby knew something bad was about to happen. That is when it felt like my eyelids peeled back. I was watching something not meant for me, or any human. I knew at my core it was the most wrong thing a person could do. I had to run out of the room and hide how destroyed I was. I thought I was leaning pro-choice until I was literally looking at what being pro-choice really was. This real baby was about to be a real dead baby. This is choice?

And yet, I still couldn’t get myself to leave Planned Parenthood. I wanted to, but where would I go? What would I do? How would I feed my one-year-old son?

While I considered these questions about leaving my job, a few serious incidents took place that answered them for me.

There was the time when we were severely understaffed, and yet my coworkers were perfectly willing to tackle a 17-patient afternoon placing each girl in danger. I threw such a fit that we rescheduled every girl for another date. And the time when our supervisor ordered us to sedate a young girl even though we didn’t have the right equipment. Even the doctor handed in his resignation immediately.

It was in those final months at Planned Parenthood that revealed just how sinister and insidious Satan is that he could take a horrified young woman as I was, convinced that what we were doing was wrong, and whisper in her ear that her rationalizations for staying at Planned Parenthood still had merit. You have to take care of your family. No one is going to look out for you but you. It makes me feel that being pro-choice isn’t totally a choice. Pure evil fills that place.

Through a sidewalk advocate, I was given the name of AND THEN THERE WERE NONE. Nichola, who has spent hours talking and praying with me, has helped me see how deeply sin was rooted, and just how great we humans are at rationalization. I was wrong to think God was leading me there. He wasn’t. I was deceived the whole time.

But that doesn’t mean something good can’t come from it, as promised in Romans 8:28: “We know that all things work together for good to them that love God, to them who are the called according to his purpose.” The forgiveness of God not only restores, but His mercy overflows to the undeserving in abundance. AND THEN THERE WERE NONE awarded me a scholarship, along with many other gifts of mercy and grace, to pursue a certification in medical coding and billing. I’ll see through a different lens when I get into the healthcare field again, clear-minded about what is wrong. Abortion is wrong—no rationalization can change that. I’ll take that renewed conviction into my new future when I get a new job. Perhaps there, I’ll do some good because I have been a witness to the truth.