Where Are They Now? Sarah Eubanks

Sarah sits at a desk littered with papers. She swipes them to the side as she adjusts her camera. Her phone rings constantly. She glances at it, ignores, and then four calls later apologetically takes the call. Clearly, Sarah is a woman who is used to putting out fires in her new role as a property manager of a busy apartment complex. A natural helper and despite her hectic schedule, she makes herself available to support disabled veterans dealing with complex paperwork. She stocks sugar-free snacks for the many elderly diabetics who stop by her office for a visit. At her core, Sarah is welcoming, kind, and exceedingly sassy. 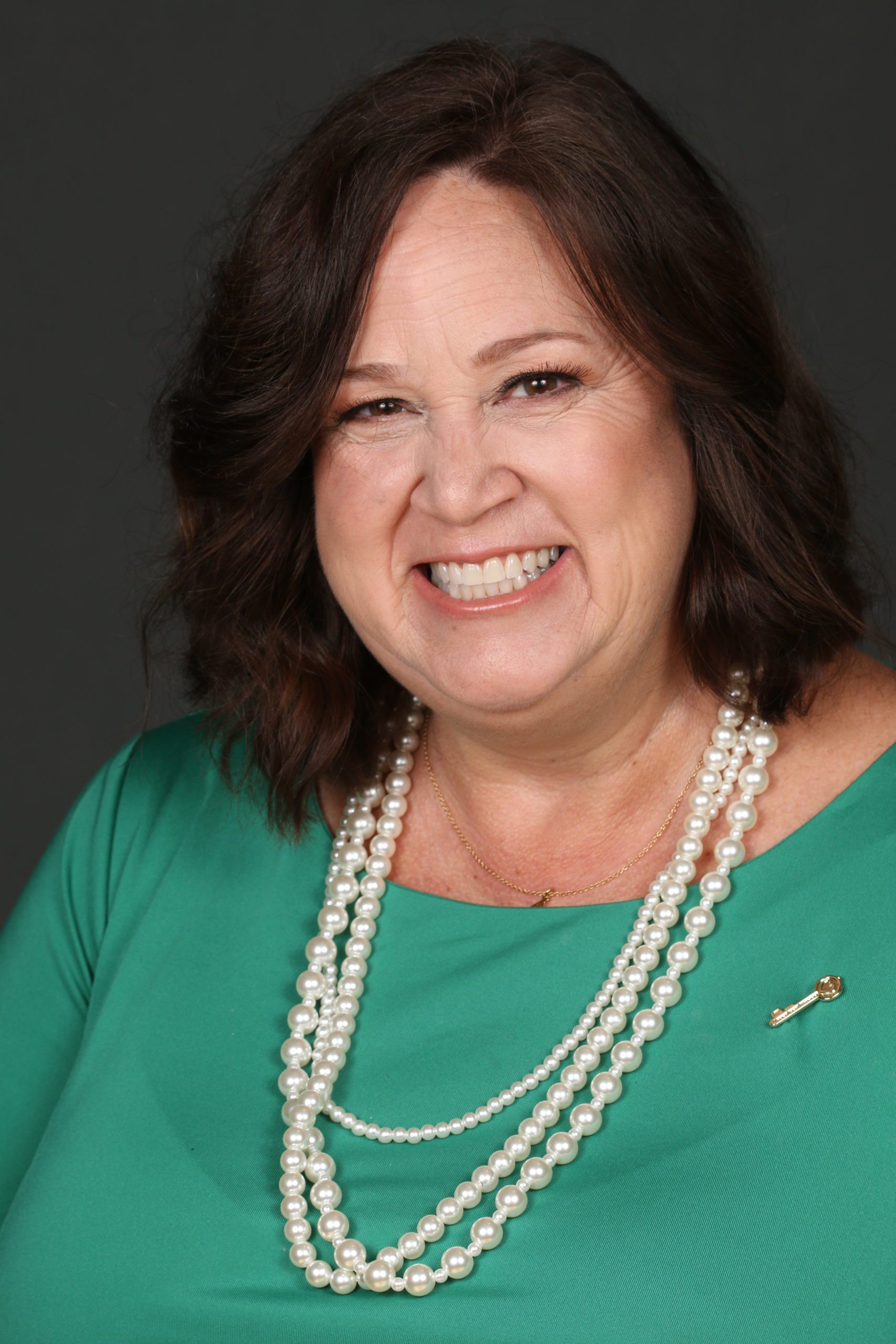 Since leaving the abortion industry in 1993, Sarah has walked a winding and often rocky path that eventually led her back into the arms of God in 2003. After her father’s death when she was 16 years old, Sarah told God that she no longer needed him and went her own way.

“A friend invited me to church to study the book, The 7 Deadly Sins,” she said. “I told her that I would come to make sure I was doing them all right.”

Did we mention that Sarah is sassy?

She still considers herself to be a bit of a feminist, but now she realizes that women do not need abortion to have it all. Initially, Sarah struggled to find her voice in the pro-life movement.

“’Pro-choice’ has always been popular. The cool kids were pro-choice,” she said. “But I realized that there is value to all life, and God wants me to speak the truth.”

Today, Sarah is an active and vital member of the pro-life movement. She speaks publicly about her experiences as a former abortion clinic worker all over the country and in her community. She takes part in marches, sits on panels with fellow former abortion clinic workers, and was featured in the documentary She Was Stronger, which tells the stories of three “Quitters” who have found healing, peace, and forgiveness through the ministry of And Then There Were None. Filmed at the height of the pandemic, She Was Stronger follows the lives of Sarah, Nallely, and Adrienne, Quitters from Alabama, California, and Pennsylvania, respectively.

Anyone who has questioned how and why a person would work in the abortion industry gain empathy and understanding for them by watching She Was Stronger. By getting a glimpse of the humanity behind the dehumanization process of abortion, one can identify with the souls on the other side—people made in the image of God and in desperate need of saving.

Sarah is an integral part of this unique tribe of former abortion workers. She enjoys deep and meaningful friendships with the Quitters she has known for years and is intentional about welcoming new Quitters into the fold and helping them feel connected and loved.

“Being pro-life may not be the most popular stance,” she said with a laugh, “but it is absolutely where the cool kids are.”

For Sarah, being featured in the She Was Stronger documentary was both a cathartic and profoundly difficult experience. Part of the filming took place inside of the actual abortion clinic where Sarah had an abortion and was later employed.

“It was wild, scary, and intimidating, but also healing and empowering to have filmed inside the abortion clinic where I not only worked, but also had my own abortion,” Sarah said. “I had a meltdown after shooting a scene. I just broke inside the room where I assisted with that first abortion on my first day of work. I knelt on the table between the stirrups and cried till I had nothing left in me.”

As difficult as it was, Sarah is grateful for the opportunity to take part in the She Was Stronger project. “I’ve received much healing, and God protected and guided us all with everything,” she said. “Watching for the first time was so hard. We had to pause it a few times. To hear my story in my own voice was sobering. Plus, I am extremely critical of my appearance,” Sarah said. “I am learning to accept what I see as worldly imperfections and focus on the beauty that God created. I am created in His image.”

“I want someone to step outside of their comfort zone and help the lost who still work inside the clinic, to pray daily for abortion clinic workers who have left and are dealing with trauma. I hope that someone will smile a little more because they know they are a child of God and reach out to help the next person heal,” Sarah said.

In the eight years that Sarah has been a part of the tribe of Quitters, life has not always been easy. Through her mother’s declining health and admittance to a nursing home, family drama, the loss of a relationship, and later, the death of her mother, she sank into a deep depression. There were moments when she wondered if the world would be a better place if she was not in it. Thankfully, deep down, Sarah knew each life was precious and valuable, and that included her own.

Sarah reached out for help and continues to work with ATTWN therapist Dr. Amanda Willie. In the past, she did not understand the need for counseling and did not spend much time focusing on mental health. ‘Get over it and get on with it’ was more of her mantra. However, she was desperate enough to try anything, and now Sarah treasures her time in therapy and prioritizes her healing.

“I want to understand myself better, feel better, and do better,” she said. “Life isn’t easy, but it’s a process. At ATTWN, we have each other, and we have access to great therapists. I wish all former clinic workers would use this service.”

Today, Sarah continues to actively work on her healing and says that she is in a much better place emotionally. Spiritually, she is eager to grow and is working to put God first in all things. Physically, she is growing stronger every day and setting goals for herself.

“I am working to lose over 100 lbs.,” she said. “Not to look good in a bathing suit or to fit any mold. I want to be healthy and fit to do the work that He has for me in the Kingdom.”

Sarah completed the fiftieth March for Life in Washington, DC in 2023 in full gear with her “Quitter” flag held high. She Was Stronger was screened four times in the afternoon and evening preceding the March, and she remained for a question-and-answer panel after each screening along with other Quitters. Some questions are a reminder that there is still work to be done in helping others understand

forgiveness and grace, but most are an overwhelming outpouring of unconditional love. Apologies flowed as viewers saw the humanity of abortion workers for the first time, and the need for continued prayers for those still mired in the industry.

After the last screening of the day, Sarah was approached by a woman who thanked her for her vulnerability in sharing her story. Sarah jokingly said that it was selfishly motivated because it helps her heal a little more each time she shares. The woman responded with a confession that she had had two abortions. Sarah reached out and took both her hands in her own. “As a former abortion worker, please let me tell you how sorry I am,” she told her. “Please forgive me.”

“You’re going to make me cry,” the woman responded.

Tears flowed as the women exchanged hugs and forgiveness. And both healed just a little bit more.

“He himself bore our sins in his body upon the cross, so that, free from sin, we might live for righteousness. By his wounds you have been healed. For you had gone astray like sheep, but you have now returned to the shepherd and guardian of your souls.” – 1 Peter 2:24-25