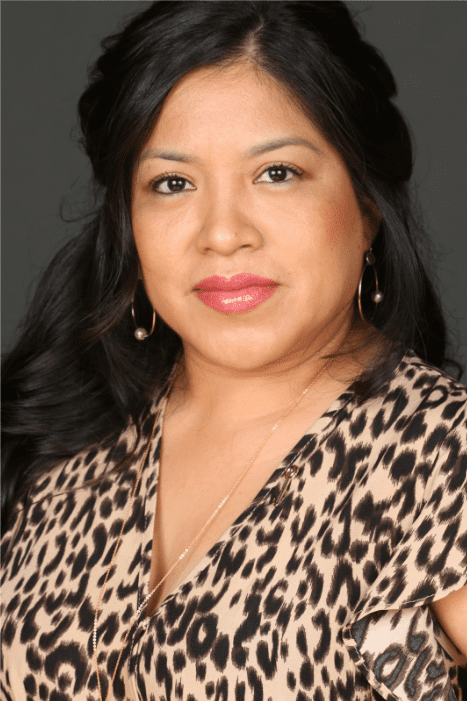 Looking back now, it is difficult to understand. But when the Planned Parenthood clinic that I worked for advanced me from receptionist to the person whose duties it was to strain for the baby pieces and rinse them off, I was matter-of-fact about it—it didn’t bother me in the least.

Planned Parenthood, with their high respect of my skills, good pay, and bonuses was my ticket to a better life.

When they ultimately advanced me to work inside the procedure room, the frightened ladies would reach out for me. I would take their trembling hands, sometimes with rosaries in them, and think to myself, “What are they crying about? They’re the ones who made the appointment, aren’t they?”

Planned Parenthood, with their high respect of my skills, good pay, and bonuses was my ticket to a better life.

When they ultimately advanced me to work inside the procedure room, the frightened ladies would reach out for me. I would take their trembling hands, sometimes with rosaries in them, and think to myself, “What are they crying about? They’re the ones who made the appointment, aren’t they?”

It also never bothered me that our clinic purposely rotated the abortion procedures so that they never fell on the same day twice; thereby throwing all the anti-abortionist prayer groups off our schedule. My bosses didn’t want to risk doing abortions on the days the prayer groups were on the sidewalks on their knees. They were spooked by the power in those prayers.

But when a lovely girl named Maria was brought in the procedure room and put on the table, that was the day everything changed. She was mistakenly given the OK for the procedure by our nurse who didn’t catch that she was 16 weeks pregnant. Our clinic only aborted fetuses up to 12 weeks. When the doctor pulled me aside noting that Maria was really not supposed to be there, he cited the fact that he was trained to abort fetuses of that age, she had paid and was already on the table. So why not take pity on the poor girl and just do it for her?

When the aborted baby was put into a clear jar, I stopped and looked at how fully formed he was. Eyes. Nose. Mouth. Ears. Hands. Fingers. I walked away that day feeling much like I did after any other day, but that night the baby in the jar came back to haunt me. He flooded my dreams and wouldn’t go away. From that day forward, that little boy’s face wouldn’t leave my consciousness.

At about the same time, my husband, with whom I had a very painful relationship, began treating me differently after going to a church in search of answers for our marriage and attending one of their men’s retreats. Suddenly, his increased love and commitment to me looked like an opportunity to give our four kids a peaceful home, which was all I’d ever wanted. So, I quit Planned Parenthood to be able to attend his church and focus on our marriage. When an opportunity to attend a women’s retreat came up I jumped at it—and liked it. But when I confessed my past to my priest, he told me I was absolved and sent me on my way. I didn’t feel forgiven in the least. The boy in the jar was still with me. While I knew in my head that Christ had forgiven me, I needed the wounds in my heart and soul to heal in order to forgive myself. I didn’t know how deeply the trauma had affected me.

It wasn’t long after that we attended a conference where they showed a few clips from an upcoming movie called Unplanned. There, the Abby Johnson character, who is a former abortion worker, is on the outside of the clinic fence warning a woman who has arrived to get an abortion that Planned Parenthood will never let her see her own ultrasound. There was a reason. They couldn’t afford to have her see her baby on the ultrasound screen and elect not to have an abortion.

Suddenly, my blood pressure spiked. That was me. I was one of the workers keeping women from the truth. I was one of the Planned Parenthood faithfuls who encouraged girls to get abortions, making it sound like it was their only choice. I was guilty of the atrocities. I broke down and cried so hard I could barely control myself as if all the babies who I never looked at long enough to care about finally made their way to the surface.

I went home that night and began looking up Abby Johnson videos on YouTube until I found one that made a very personal appeal to all abortion workers—to come with her and find healing. I frantically searched AND THEN THERE WERE NONE online and emailed all of the names on the site five times each. When someone called to invite me to a retreat, she said they would cover the cost—completely. I wondered, could it possibly be true?

At the retreat, the focus wasn’t on how bad we were, but how gracious and forgiving God is. God was in every conversation and at the center of every event. Deeply moved, I was feeling more forgiven every day. But it was my fellow attendees to the retreat, former abortion workers all, who took my hand and loved me, as I loved them, without judgment, that brought me to my knees. Forgiven by God and finding sisters to share the burden, I felt the guilt begin to lift off me, finally.

Lastly, an exercise we were asked to do was to take one of the children we had assisted in aborting and give him or her a name. I knew who mine was immediately. Tears rolled down my cheeks. “Hello, Miguel,” I said to that lovely little boy that I couldn’t forget. “Can you ever forgive me?”

In a letter to him, I wrote: Dear Miguel, I am very sorry for what I have done. I know you are in heaven right now, sitting on God’s lap. I hope to meet you one day. I am so sorry that I never spoke up for you and likely coerced your mother to do what she did. I love you. Please pray for me and your mom. Because of you, I promise to be a voice for the unborn