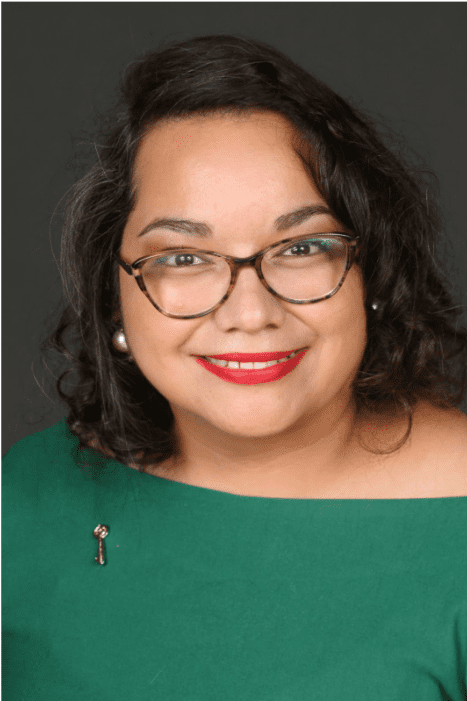 I LIKED WHAT I DID FOR A LIVING. Between 2005 and 2010 I was working for the Planned Parenthood Los Angeles Teen Center seeking out schools and organizations that would allow me and the other educators in the office to make presentations about sex to middle and high school aged kids. Kids needed, especially in this sexually active day and age, to be armed with all the facts.

We provided kids very useful information about things like: what is gender, what is sex, what are STDs and how to stay away from them, and where to get the pill and condoms (answer: at Planned Parenthood) if they chose not to abstain—but I highly recommended they all choose abstinence. I assured them that, in the event of a pregnancy, a trip to Planned Parenthood would result in thoughtful counseling and the presentation of their options. I felt good about what I was doing.

We provided kids very useful information about things like: what is gender, what is sex, what are STDs and how to stay away from them, and where to get the pill and condoms (answer: at Planned Parenthood) if they chose not to abstain—but I highly recommended they all choose abstinence. I assured them that, in the event of a pregnancy, a trip to Planned Parenthood would result in thoughtful counseling and the presentation of their options. I felt good about what I was doing.

As someone whose job revolved around sex, I took a lot of good-natured ribbing from my circle of friends who teased that I was a sex worker or sex doctor. It was all in good fun and I didn’t mind a bit. But it was after one such time that my boyfriend, Luis, said to me, “Hey, Annette, you seem to love life so much, and you love babies. How is it that you allow yourself to work for a company that harms them?”

Sometime later, he asked me the same question, only with a slight alteration: “How is it that you allow yourself to work for a company that kills them?”

I didn’t like his question. I went home that night and walked straight to my mom and complained about Luis. I knew what my mom would do next; she would defend me and question whether I wanted to be with somebody attempting to exert control over my life choices. But she didn’t. She seemed to show sympathy for his position. Without her rush to my defense, it actually made me ask: How could I?

I didn’t like the way the question made me feel.

Having grown up in the Catholic Church, I felt the need to return, to see if drawing closer to God could start to answer a few questions as to who I really was deep down. I also began listening to Spanish Catholic radio and found myself feeling like I was growing in my faith, feeling more Catholic than I ever had before. One afternoon the station promoted a Catholic conference featuring Eduardo Verástegui. Eduardo Verástegui? The ultra-handsome Spanish actor I’ve had a crush on for years? I’m so there!

But when Eduardo took to the podium the afternoon of the conference, it was nothing like I had anticipated. He spoke about Planned Parenthood and what an awful, dark place it was. I was so mad.

“I do not work at an awful place! That’s ridiculous!” I exclaimed to Luis. But I could tell it had me thinking. I wasn’t sure about my place in the world.

Soon after, our manager announced his suspicion that the teen center where I worked could be eliminated in a company restructure. He suggested that we train for employment at a Planned Parenthood clinic should it ever come to that, and then organized training at a clinic about 30 minutes away. This was a good thing. I needed to keep making money. Both my parents had just passed away and I had taken over the mortgage.

On the first day of training, the supervisor asked me to shadow her as she delivered the results of a young woman’s pregnancy test. As we walked in, the supervisor told her of her positive test result and followed up with a question. “So, what do you want to do?”

“I can’t have this baby,” the young woman replied.

The supervisor immediately put a line through the ‘adoption’ option on her card without saying a word about it. She then circled: ‘abortion’.

“OK, come with me,” she said, and led the young woman out to the scheduling desk. I stood there profoundly rattled. For five years I told teenagers with absolute conviction that if they were ever to become pregnant, the caring folks at Planned Parenthood would take them through all their options, including the many ways one can bless a family looking to adopt. Not only was adoption not given prominence, but it also wasn’t even mentioned. I felt numb. Had I been selling kids a lie this entire time?

Later, I was at the front desk and watched in horror as the manager worked every angle, squeezing pregnant girls for money prior to their abortions, whether through the state, their insurance, their parents, or their meager bank accounts. Perhaps for the young girl who was in a state of panic and fear, it was hard for them to see through the charade. But for me, it wasn’t. Planned Parenthood was entirely about making a buck and didn’t care who they ran over to do it.

Eduardo Verástegui’s words came flooding back to me. “Am I working at an awful, dark place?”

A few days later, I was in the office putting away files when two coworkers, the supervisor, and our medical assistant, who was around seven months pregnant, struck up a conversation.

“When are you taking maternity leave?” our supervisor asked.

“In July,” the medical assistant replied.

“Oh, that’s going to ruin everybody’s summer vacation plans. Maybe we should take you down to Marengo (a Planned Parenthood clinic that does late-term abortions) and get you taken care of.”

The supervisor laughed heartily at her own sick joke, but it filled me with horror. In what world is it funny to make a joke about killing a woman’s baby, especially one that she was excited about having?

I remember thinking that was the last straw, that I was leaving and never coming back, but unfortunately, there was one more straw to add to the camel’s back. The manager said to me, very kindly, “Hey, Annette, if you ever want to see a procedure, just let me know. I think every employee really should see one. After all, it is what we do.”

Not care. Not counseling. Not women’s health. Not information or education. We terminated the lives of babies for money. I had to get out of there. But how? How would I make ends meet?

Perhaps it was a case of God knowing what would make me excited enough to get off my couch, but it so happened that another Conference for Life featuring Eduardo Verástegui was in town and my sister wanted to take me. I had been mad at Eduardo for his comments. But now he had my attention.

At the conference, held in the Los Angeles Convention Center before 15,000 people, Eduardo took to the stage. One of the first things he did was introduce Abby Johnson—a former abortion worker who told the story of quitting Planned Parenthood just a few months prior when God moved her to flee the darkness.

As soon as Abby took the microphone, I started to weep, and didn’t stop throughout her entire presentation. As it was coming to a close, I turned to Luis. “I have to go meet her!” I said with panic in my voice.

“Right now? You’re going to go down there right now?”

And with that, I jumped out of my seat and began running down to the floor crying the entire way. I saw security in front of where Eduardo and Abby were coming off the stage as the audience loudly clapped and cheered. I didn’t know if I was going to go under his legs or if at five feet, I was going to have to jump over him, but I was going to get to Abby.

As I arrived, the security guard held forward his hands. “Whoa, now. What’s going on here?”

“I have to talk to Abby!” Just then I saw her. “AAAAABYYYYY!” I screamed. She looked at me, the wet and red-faced little Mexican woman trying to break security. “I work for Planned Parenthood, and I want to quit!”

It seemed to stop her in her tracks.

She turned from where she was walking and came over to me, still sobbing. She reached out her arms. I collapsed in her embrace. I was holding on to someone who had the strength I needed. I found myself not wanting to let go.

“When do you want to quit?” she said in my ear.

“Good. You don’t need to. I’ll help you with whatever you need.” Her eyes said she meant every word. “As soon as you quit, call me.”

We embraced again. I cried again. Eduardo, my heartthrob, was standing right there and I never even looked at him.

I’ll help you with whatever you need. She had no way of knowing, but God was about to use those words to start one of the most significant movements to save the unborn.