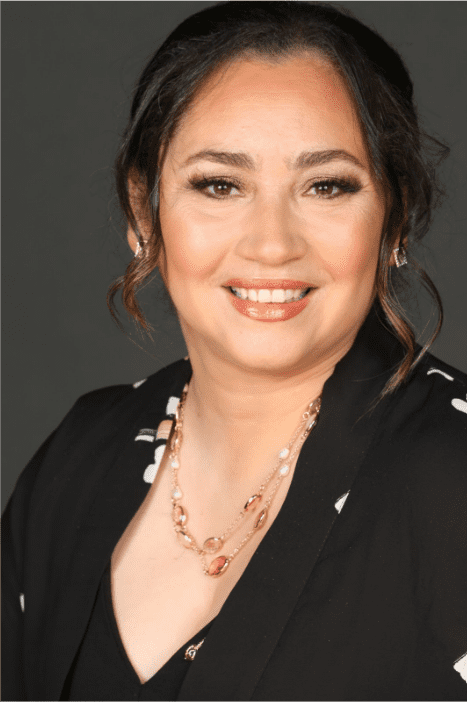 The day that I heard my coworker gasp loudly was a fateful one. I was just outside the room where she was performing an ultrasound on a young, shy, petite black girl. Wondering what would make her react that way, I ran in to find her with her hand over her mouth, staring at the screen. I quickly stepped around to have a look. “Oh my God,” I said. “Four babies!”

I couldn’t believe what I was witnessing, and in the excitement, I blurted out what I saw. I had no way of knowing by that one outburst, my life had just changed—again.

A few years earlier, my husband, John, died in a car accident making me a widow and single mother to seven kids. It was an unthinkable event enveloping me in searing pain. I went to the scene of the accident and fell into an uncontrollable, emotional letting. I was furious with John for dying and I screamed at God for allowing it to happen—and wanted nothing to do with this supposed “loving” God. John’s death set off a chain of events that ultimately required us to move into my mother’s tiny house, where my kids and I occupied one bedroom. To make matters worse, my mom and I had a tense and very difficult relationship.

A few years earlier, my husband, John, died in a car accident making me a widow and single mother to seven kids. It was an unthinkable event enveloping me in searing pain. I went to the scene of the accident and fell into an uncontrollable, emotional letting. I was furious with John for dying and I screamed at God for allowing it to happen—and wanted nothing to do with this supposed “loving” God. John’s death set off a chain of events that ultimately required us to move into my mother’s tiny house, where my kids and I occupied one bedroom. To make matters worse, my mom and I had a tense and very difficult relationship.

It made me push myself to pass the state board exam and become a Registered Medical Assistant. My school, in their placement efforts, made the resumes of the graduates accessible to different medical facilities around town, which is how I got a call with a job offer from the Planned Parenthood Baltimore City Health Center.

The money they were offering was good and the Planned Parenthood name was well-known, which meant that working there could pad my resume nicely. I was all about upward mobility—having seven mouths to feed is no joke.

There was only one problem—I didn’t want to have anything to do with abortion. But that wasn’t a concern for them, they said. They just needed someone to counsel women.

I could do that. Excited by the light at the end of a very long tunnel, I took the job.

On day one, when the director at Planned Parenthood claimed that I was needed in the procedure room because we were short-staffed, the exact opposite of what I was hoping for had just begun. I began regular work in the procedure room doing things that I never would have dreamed of, such as reassembling the bloody body parts of babies who had been ripped apart and vacuumed through a tube into a canister. To add to the sinister ambience, the abortion doctor I assisted played dark, foreboding classical music as she performed the procedures. It helped her. It completely spooked me. It made me wonder what I was dealing with. If the doctor found that particular music appropriate for setting the tone of the act she was committing, had her procedure turned ritualistic?

I began to have serious struggles with what I was doing. It had entered a part of my spirit and sat there like an ulcer, nagging me with an unrelenting ache. When I would go home at night, incidents of reaching for alcohol to numb me started to increase. In the drowning-out process, I would tell myself that the pain was worth it to provide for my kids. They were the important ones. Not me.

That is how I operated; that’s how I ended many nights—until my outburst. That is when everything changed.

“Four babies?” the girl asked in shock. She lifted her head from the table and leaned in front of the monitor to see what we were looking at. “I have quadruplets?”

The fact that we were not dealing with a life but lives hit us all hard. It changed everything. The incidence of quadruplets from a natural conception is remarkably rare; one in more than 729,000 pregnancies. We were witnessing a bona fide miracle. The girl seemed to sense it immediately.

She grabbed her phone and called her boyfriend right there, and made her appeal to him that everything was different now.

“Forget it,” he said on the speaker phone. “I don’t care if you got a hundred babies, I don’t want ‘em.”

His cold reaction turned her into a ball of tears. I couldn’t see any way to sign off on her procedure just because her boyfriend wanted it while she was clearly conflicted. She was in no condition to make a rational decision. I sent her home.

A few days later, she came back to us. As she tried to speak, she couldn’t manage one coherent word—she simply bawled her eyes out. Again, I turned her away.

After she left, my director stormed into my office and shut the door. “What the hell is going on here? Don’t you know that those babies will probably die during birth? And she—she’ll probably die too!”

We exchanged a long, cold stare.

The next day, the girl returned—this time, however, with her boyfriend. He was a huge man many years older than her, and he was not happy. He walked in and came unglued, causing a terrible scene.

My director corralled them into the counseling room.  I just watched the closed door wondering what in the world she was telling them.

Finally, as if they got what they wanted, they left. My director said nothing to me.

The next afternoon, around 5 p.m., we were cleaning up for the day when the girl once again returned alone, this time crying and in excruciating pain, her hands between her legs, holding tightly.

We rushed her to the bathroom, took her clothes off from the waist down and watched as a baby fell directly into the toilet. Somebody had given her an abortifacient. We had a catastrophe on our hands.

The procedure room was just down the hall. I quickly grabbed her and swung open the door. She tried to waddle alongside me until she stopped and two more of her babies began to fall from her. But still attached to the placenta, they did not make it out in full. I looked down to see that they, brothers, were in each other’s embrace. As she screamed, my mind began to go into shock from witnessing the intentional destruction of these babies; the destruction of a miracle; the brutal poisoning of innocence. It broke me. It still breaks me.

Everything began moving in slow motion. The sound of the room began to dim as we rushed around her and the doctor barked out orders. It must have taken just minutes to complete the procedure. It felt like hours.

When it was over, I found myself stunned and crying in the POC room along with my shaking coworkers. I was reassembling the fourth child whom the doctor suctioned out. The first little boy lay dead on a Chux pad, and the other two dead brothers, still in their embrace, lay in a surgical bowl on the table. Death was all around. It was a massacre.

I kept saying to myself, over and over, as if my director could hear me talking to her, “What did you do?  What did you say?” hoping she hadn’t been the one to give them Misoprostol, a drug that would do exactly what I had witnessed that afternoon.

That night when I went home, I didn’t reach for the bottle. I reached for my kids and brought them around. I held them and cried into the night.

A moment of hope was dashed when Planned Parenthood brought in a grief counselor to meet with the staff individually—well needed, I thought, we were not the same—only to find that she was merely there to take the temperature of the group, to find out if we were still with the program or would become a problem. It was clear, they had an agenda—and it wasn’t women’s health. Anybody who messed with it by caring too much for mother or child had to be identified and removed.

Feeling profoundly heartsick, I found myself very drawn to the presence of a woman named Mary, one of the prayer volunteers who stood with the protesters outside of our clinic, because her demeanor was so different from the rest. Where they were mostly hostile and boisterous, she simply prayed her rosary. I approached her and asked if I could have one. “Do you know how to pray the rosary?” Mary asked.

I told her as a former Catholic, I did. When she gave me one, it seemed to start something new in me. I went from rationalizing the reasons why I worked there to a firm conviction that I was going to leave Planned Parenthood. I began going to her for prayer before every shift.

Finally, the morning came when I arrived in front of Mary with a slightly different need. “I’m only here today to say goodbye to you. I’m going to leave after this shift, and I need you to pray for me because when I walk away from here, I’m never coming back. And I don’t know what I’m going to do.”

She prayed with me immediately. Scared to death about my future without a job and still in shock, I surrendered everything in my life to God. I even surrendered all the pain and sorrow that I had stored up since John’s death. Through tears and confession, I felt changed, even new. It was and is the most groundbreaking event of my life—when God called me back to Himself.

About a month later I was cleaning my apartment and still quaking over what happened to the quadruplets that fateful afternoon in March of 2014, when I came across a card that the prayer volunteer had given me which I thought I had lost. It read: AND THEN THERE WERE NONE. I left a message. Nichola called me back immediately. Her goal: to care for me and my kids, heart, soul, and even body. Nichola, Abby and the AND THEN THERE WERE NONE team went above and beyond, each logging in an incredible number of hours talking with me, encouraging me and praying with and for me. Each poured into my life and cared for my kids. About 45 days later, they had found me a job—in pediatrics, no less—my dream job ever since entering into the medical field. Isn’t that just the way the Lord works? No detail too small for Him, and no person too lost.

I still deal with the pain of that day, but I use it to reach others with the truth about Planned Parenthood, and I am making a difference. I’m helping to save lives. Without AND THEN THERE WRE NONE, that would not be so.

POSTSCRIPT: Although distant from God and angry, she knew He had big plans for her life. She is now speaking nationwide and sharing the truth of what happened.  Her seven kids are doing well with the help of her new husband, Frank.