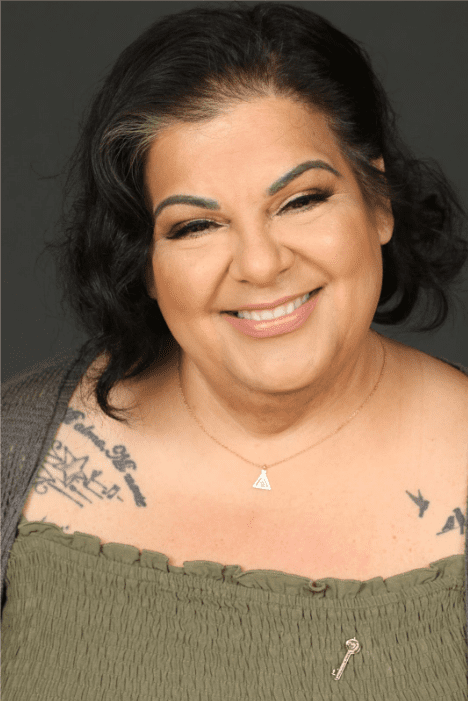 The tragedy of working at the women’s clinic is how slowly but surely they took me away from me. It’s slow enough that you can’t see it coming, and slow enough to put the fear of God in you with the eventual realization that the person you’ve become is now the real you.

Of course, it didn’t start out that way. I guess that’s the point.

As a transplanted New Yorker in Florida without a driver’s license, I took public transportation to my nursing job at a jail 90 minutes away. Getting off the bus one morning after a 12-hour shift, I noticed a women’s health clinic in the adjacent plaza. At one time I had been a patient in a similar clinic. It wasn’t something I was proud of, but like many other women who tend to work in abortion clinics, I too had an abortion. Actually, I had aborted twins.

As a transplanted New Yorker in Florida without a driver’s license, I took public transportation to my nursing job at a jail 90 minutes away. Getting off the bus one morning after a 12-hour shift, I noticed a women’s health clinic in the adjacent plaza. At one time I had been a patient in a similar clinic. It wasn’t something I was proud of, but like many other women who tend to work in abortion clinics, I too had an abortion. Actually, I had aborted twins.

“Why am I doing all this traveling when I could probably get a job there and walk five minutes to my house?” I thought.

“Hi, do you have any need for a nurse with tons of qualifications?” I asked in my blunt New York City way to the director at the reception desk.

“Actually, we do. Can you interview right now?” she asked. I just spent the last 12 hours on a shift, I told them. There was no way.

Undeterred, she engaged me in a conversation where I revealed I had worked in an ER and so much more in New York—and she was impressed. “Wow, you’re perfect,” she said. “And our doctor is a transplant, too! You just have to meet her. You two will get along great!”

When the doctor walked in the room, we had an immediate connection as we talked spryly about the city we loved. We even knew some of the same doctors. It couldn’t have gone better! “You’re going to work out amazingly here,” the doctor said with a huge smile. “Make sure you ask for what you want. They’ll give away the farm for someone like you.”

I was shocked. Working recovery was going to be easy, and they wanted to pay me how much?

The director came back in the room. “Can you start today?”

The day was busy but the work was fulfilling. I had no problem providing the ladies in recovery with exactly what they needed. Suddenly, it was time for lunch. “Great job, Noemi,” the director said for the hundredth time. “Don’t worry about getting your lunch. At 12 procedures, we buy lunch—and a good one, too. We’re doing Chinese today. What do you want?”

Later that day, I took out my phone and the director noticed. “Hmm,” she said. “Your phone is ancient. We need to keep up appearances. You good if we get you a new phone?”

By the time I got home, my head was spinning. “So let me get this straight,” I said to myself. “I’ll be working a five-minute walk from my house, I’m making way more money, the doctor and I get along like old friends, the work is easy and important, they complimented me all day long, they bought me lunch and will every time we hit 12 procedures, they handed me a check for 500 bucks, and they’re buying me a new phone?”

Is this perfect or what?

Cut to four years later. The security camera had been catching me in recent days driving my car to my parking space, turning off the engine, and then keeping my hands on my steering wheel, looking for all the world like I was unable to bring myself to get out. I would stare forward trying to build up the courage to open the car door and open myself up to what tragedies awaited me inside the clinic. When I did make a move, each step carried the weight of the world.

A clinic where abortions are performed is awash in death. What may not be as apparent is the death that occurs to those who work there, like me—death by a thousand cuts. From asking you to step over moral lines that start small, to manipulating sonograms, to the continuous admitting of patients who put the clinic (and my license) at risk, to the brazen pursuit of money over the health of women, to disallowing employees to lift a finger to help a woman if her needs do not bring revenue (such as finding shelter or education), to forbidding outside influence into the office (like courses at the local college), to prohibiting the word “baby” to be spoken and controlling your speech, to pushing employees to only socialize with each other, to using your weakness against you (“You don’t have a driver’s license, Noemi; go ahead—quit. Where are you going to go?”), to telling workers to ‘shut up, know your place and do as you are told’; it is a day-by-day cultish beat-down. Soon, you don’t have the energy to fight anymore. And that’s separate from the affront to the conscience that takes place from all the death going on in the rooms down the hall.

You begin to notice your actions have changed, and you’re doing things you never dreamed. For example, I began offering job-seeking young girls the moon if they would come aboard like had been done to me, all the while knowing that I was painting a false picture and the honeymoon would give way to a nightmare. Knowing. And yet I still did it. Who had I become?

The final straw came about by a woman who did not need an abortion, but was simply eager to monitor the health of the baby inside her. Audrey, * who had initially confused us with a nearby pregnancy center, came to get sonograms every month since becoming pregnant. I had been feeling an extreme desire to help a pregnant woman who didn’t want an abortion, so we were a perfect match. Over five months, I was able to joyfully perform the sonograms and watch as her healthy baby grew steadily and surely.

One day, I got a call from a local hospital who was rushing over a patient with a fetal anomaly. The pregnancy would be ours to terminate. At the same time, I received a call on another line from Audrey. She told me she was being rushed in for an abortion and wanted me to be in the procedure room to hold her hand.

What? Audrey’s baby has a fetal anomaly? I watched the development of her baby for all those months and I knew the baby was as healthy as an ox. Was it all a mistake?

I made my case to the owner of the clinic that I needed to see the medical records from the hospital immediately to verify what the problem was, but because abortion is elective, the hospital was not obligated to send the medical records—and we were not to push the issue. All she needed to know was that there was a “fetal anomaly that could result in fetal demise.” It meant we had a three-day abortion—at $7,000—to perform ASAP. My five-month-long experience with that perfectly healthy baby did not matter. I felt like I was being muzzled…again.

And it was there, in that moment sitting alongside Audrey, holding her hand, that I knew that I had become someone else. My old self would have turned over tables to fight for a woman who was being railroaded into aborting a baby she wanted and had no fetal anomaly. I was known for being strong and brash. But beaten down as I was, I sat there unable to summon the fight anymore. I let that woman go through the procedure without once raising my voice. I would see the medical records later. Nothing seemed to indicate the need for an emergency termination. **

The experience broke me. On Monday morning I lay in bed unable to move. Then I heard a voice. “You don’t have to go in,” it kept saying. Suddenly I found myself starting to consider it.

All at once, I was done. I got up, went in, quit, and then went to the beach and plopped myself in a chair and stared at the water all day long. I must have managed to say, “God, please forgive me,” at least 100,000 times.

That day I called the number of an organization I knew much about from a sidewalk advocate named Tricia. I did mean things to her early on in my employment, but we had since become friendly. AND THEN THERE WERE NONE came around me with the kind of love that makes an indelible impression, where they will drop everything to tend to my needs and bring healing. No matter what I needed, or when I needed it, Nichola and team would react as if I was the sole reason they existed.

Perhaps their culture of love can be best summarized this way: I was attending a pro-life conference one day and was listening carefully as Abby addressed the hundreds of attendees. Just then, a picture of the clinic where I used to work flashed on the screen. It hit me like an electric shock. Every awful feeling rushed over me. I immediately left where I stood, turned my back to the screen and headed for the door. An ATTWN staff member saw my anguish and stepped in front of me to take and hold me. Just then I heard, “Excuse me, ladies and gentlemen. I see that someone needs me.”

Abby stepped away from the mic and off the stage to walk over and take me in her arms while I crumbled into them.

AND THEN THERE WERE NONE exhibits uncommon love, the love of Jesus, every day.

**Noemi still does not know what the anomaly was or how the emergency was arrived at.