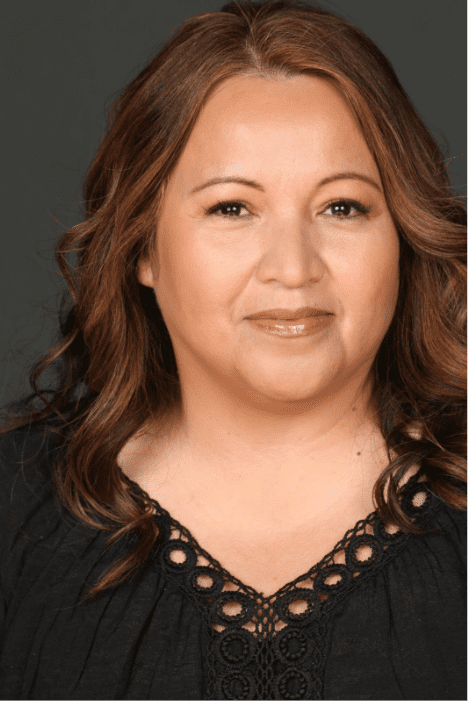 When my husband started going to church after his mom passed away, I began to go with him despite not wanting to attend. That is when everything began to change for me; when my heart could no longer accept where I was in the world, and what horrors I was seeing and contributing to day after day.

Of course, there were things that happened along the way; things that I didn’t necessarily know at the time were leading me to break away from my job at a private practice in Houston, Texas. The way they talked about abortion bothered me, using euphemisms such as pregnancy termination when the reality was, we were killing babies. Never an actual human in the womb, it was always a mass or tissue. Often abortions were justified as “necessary to keep the girl healthy or protected from an angry father or boyfriend,” when truth was many women used the procedure as birth control. Everybody knew that.

Of course, there were things that happened along the way; things that I didn’t necessarily know at the time were leading me to break away from my job at a private practice in Houston, Texas. The way they talked about abortion bothered me, using euphemisms such as pregnancy termination when the reality was, we were killing babies. Never an actual human in the womb, it was always a mass or tissue. Often abortions were justified as “necessary to keep the girl healthy or protected from an angry father or boyfriend,” when truth was many women used the procedure as birth control. Everybody knew that.

However, that was fine and perfectly acceptable to me when I started my job at 19 years old. Fully in favor of women’s rights as I was, I had no problem with it. But the more they brought me in to the procedure room, the more I began to see the truth about what was really going on—full, intact babies were being violently dismantled. I know, because I was assisting.

I found myself not wanting to talk about it and told almost no one what I did for a living. I kept explanations of my vocation very generic, telling them that I worked for a gynecologist and leaving it at that. I knew intuitively that people would be aghast if they found out what I really did.

Of course, the lying back at the office wasn’t just about terminology and rhetoric. The doctor would often manipulate the measurements of babies’ heads, to make them small enough in reports so that we could perform the procedure. It’s how we made more money. It made me feel part of something which I began to feel worse and worse about.

One day, however, the very worst of the lying occurred. A woman travelled to have her procedure with us, and got herself a hotel room nearby. When she came into the office, clearly far along in her pregnancy, she was surprised and unhappy to learn that hers was going to be a three-day procedure. She had to be back home the following day, she said. The doctor seemed to take pity on her and would do what he could to get her in and out. So, he inserted many more laminaria (seaweed sticks that dilate the cervix) than is standard practice. As someone who was already accustomed to playing loose with the truth, he seemed to hardly give it a second thought.

The woman left our office that day and walked to her hotel room where her body began to have a reaction. When we were ultimately alerted to what took place in her room that night, the hotel staff described it like a nightmare—blood was everywhere. A day and a half later, while in the hospital, she was dead.

It threw our office into a tailspin. We knew the state would come calling and perform a full investigation. That’s when a plan was devised to cover our tracks. The truth was to be hidden and a different story was to be told. We were each prepped with what to say when

investigators came to discuss the death that had occurred because of our “healthcare.” We were preparing to lie to the law.

I couldn’t handle it. It filled me with fear and made me heavy-hearted and restless. I began pulling out my Tylenol PM during my drives home, popping a few, and then going right to bed as soon as I walked in. Between the deaths of the babies, the lying, and the woman who died in our care, I shied away from down time. Time allowed me to think—and I didn’t want to think.

Over time while attending church, I gave my heart to Jesus, and when I did, all the dark affairs at the office suddenly weren’t as tolerable anymore. I quit my job and relished being out of that environment and in a new relationship with God. Best of all, I got pregnant within a few months, something my husband and I had been attempting unsuccessfully for years and wrestled with the idea that perhaps God was punishing me.

I continued to keep my secret until it seemed that it surely must be safe to divulge it to my church. But how wrong I was. It was as if they saw me as Jesus saw me, just until they found out the degree of my sins. Then they weren’t so sure. Doesn’t being washed by the blood of Jesus mean clean as snow?

Horrified by their reaction and my miscalculation, I took my secret and stuffed it back down, and vowed to never let it see the light of day again.

One day a friend, who is a pastor, invited me to see the movie Unplanned and, not feeling like I was in need of that kind of experience, I didn’t go. But it did intrigue me enough to find a copy, bring it home and view it. So much of the movie told my story and brought me back to the horrors I lived through.

As the credits rolled, I noticed the contact information for Abby. When I got home, I called and left a message and was called back immediately. The most amazing thing happened as I hesitantly began to tell my story. Abby’s reaction to my confession was no reaction at all—no judgment, horror, surprise, or oh-dear. Instead, it was simply love and acceptance. It opened the flood gates for me. Best of all, everyone, from my client manager Nichola, to all the other former abortion workers in my tribe from the retreats, have had the same consistent reaction every time they see me: gratitude for each other’s arms, God’s forgiveness and His miraculous healing hand.

I thought my experience as an abortion worker didn’t leave me injured, but I know now how wrong I was. For me, it was the acceptance of AND THEN THERE WERE NONE that swung open the door to my heart and led me on a healing journey.